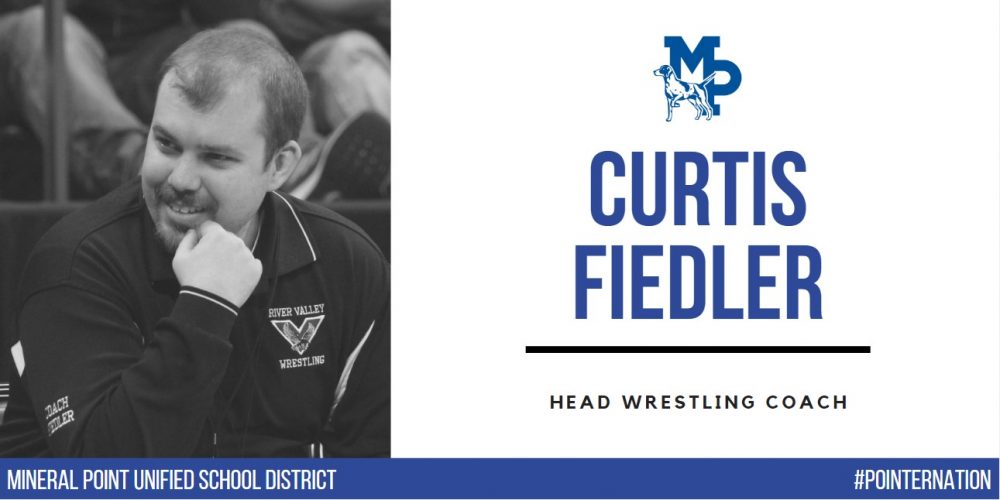 Mineral Point is proud to announce Curtis Fiedler as its next Head Wrestling Coach.

He has been Co-Head Coach at River Valley High School since 2015 and guided five Blackhawks to WIAA Individual State Titles. He is also currently the District 5 Representative for the Wisconsin Wrestling Coaches Association.

Curtis won WIAA Individual State Titles while wrestling for the Pointers in 2005 and 2006.

Curtis has also been hired as a Middle School Special Education Teacher in Mineral Point.