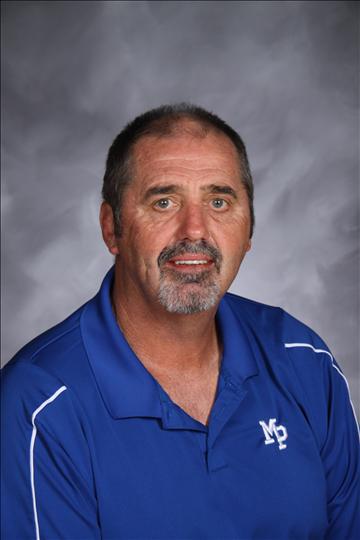 Head Mineral Point wrestling coach Scott Schmitz will add another accolade to his already impressive resume when, on November 4, he is inducted into the Wisconsin Wrestling Coaches Association George Martin Hall of Fame.

Joining him will be Ben Askren of Wauwatosa, Marty Loy of Stevens Point, John Mesenbrink of Hartland, and Al Poser of La Crosse.

Scott is the district representative for the Wisconsin Wrestling Coaches Association, cadet director for the Wisconsin Wrestling Federation, and a member of the National Wrestling Hall of Fame earning their Lifetime Service Award in 2013. He was elected WWCA Dist. 5 Coach of the Year 1995, 1999, 2002, 2003, 2009, 2010; Wisconsin State Coach of the Year 2002, 2003 and 2009; National Federation High School Coaches Association Sectional Coach of the Year 2003; WWCA Dist. 5 Rep. 1005-present; Junior National Freestyle Coach 1990-1996; WWF Cadet Director 2004-present; Head coach of the first Junior Dual team for the WWF 1994 & 95; and a member of the Al Bauman Mineral Point Wrestling Hall of Fame.

Reflecting in an article by Joelle Doye and The Democrat Tribune on the 50th anniversary of Mineral Point wrestling, he said:

“Schmitz said he will never forget being at the conference coaches meeting at the start of his first school year. He was sitting next to a man whom he didn’t know, and who didn’t know him. The man leaned over to Schmitz and said, ‘I wonder who the idiot is they got to take Bauman’s place.’ Schmitz didn’t say anything to the man, but the man quickly realized when Schmitz got up to be introduced as the new Pointer wrestling coach. Schmitz said the mystery man was Doug McArthur from Darlington, and of course since then, the two have become friends and he still has to remind McArthur of that moment from time to time.

Schmitz echoed all of Terrill’s and Bauman’s statements about who should deserve the real credit to keeping the program successful. ‘I came here and took a part time teaching job that was only supposed to last a couple years, but I knew there was nowhere else I wanted to coach. I was never in it for the money…I was in it for the kids,’ said Schmitz.”

The induction will be held at the KI Convention Center in Green Bay on Friday, November 4.
6:15 p.m. – 7:15 p.m. WWCA Social
7:15 p.m. George Martin Hall of Fame Banquet and WWCA Awards Ceremony
Tickets for the Induction Ceremony-Banquet may be purchased online here WWCA or by calling Wendall Bean at (920) 723-8061.