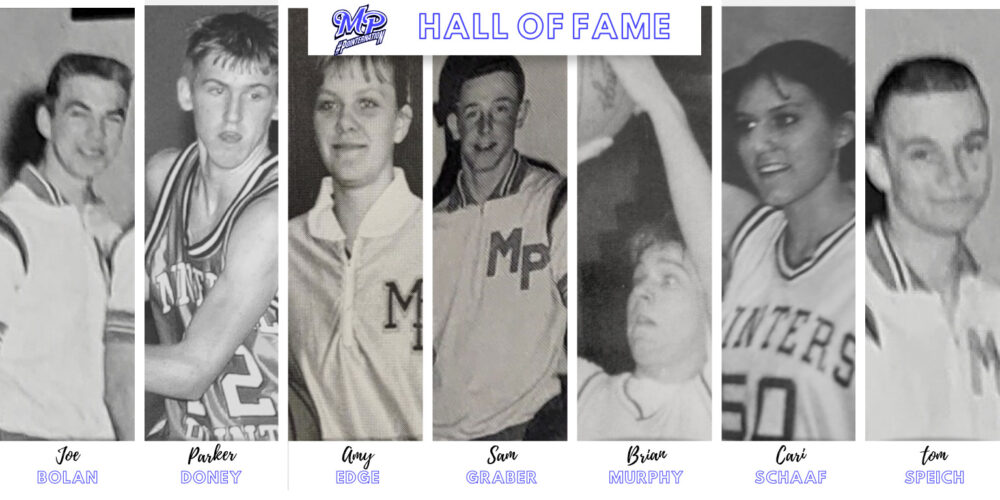 The Mineral Point Basketball Hall of Fame will welcome its fourth class on Saturday, December 17th when the Pointer boys play host to the Platteville Hillmen in an afternoon contest.

This year’s inductees include:

Joe ranks first in single season rebounds with 357 in 1958-59 in only 20 games. He is third in career rebounds with 665. He scored 307 points during his senior season, averaging a double-double in points and rebounds. Joe earned all-conference recognition in 1958-59.

Parker was named SWAL II MVP in 2004-05. He was twice first team all-conference and earned honorable mention as a sophomore. The WBCA All-Star scored 1,051 career points. He is first in career free throw percentage with 83% and first in single season free throw percentage at 93%. Parker had 278 career assists which places him 6th in Mineral Point Boys Basketball history.

Amy was a three time first team all-conference performer. She scored 1,034 points including 348 points as a senior. Amy hit 11 three pointers in a single game. She pulled down 500 career rebounds, had 230 career steals, and 185 career assists. Amy played college softball at St. Mary’s of Winona.

Sam Graber scored 332 points as a senior, including a career high 31 points vs. Mount Horeb and was one of only a couple Pointers to earn first team all-conference honors in the 1950s and 1960s. At that time, only five players were named first team. He went on to play collegiately at Lakeland College where the three-sport letterman was named Athlete of the Year in 1962-63. He was inducted into the Lakeland Hall of Fame in 1980.

Brian was a two time first team all-conference player. He scored 872 points in his career. Brian scored 447 points during the 1993-94 season and 423 points in the 1992-93 season. Brian went on to play college basketball at UW-Platteville where he was part of two national championship teams.

Cari was a two time first team all-conference basketball player in the SWAL and was named SWAL II MVP in 1998-99. Cari grabbed 511 rebounds in her career including 215 in a single season. She shot 48% from the field during her career. Cari went on to play college volleyball at Ripon College.

Tom ended his career as Mineral Point’s leading scorer with 742 points. Currently Tom ranks 21st in career scoring. He scored 417 points as a senior without the benefit of the three point shot. Tom shot 81% at the free throw line during the 1957-58 season. He earned all-conference recognition during his junior and senior seasons. Tom played collegiately at Lakeland College with high school teammate Sam Graber. Tom also coached college basketball for ten years.