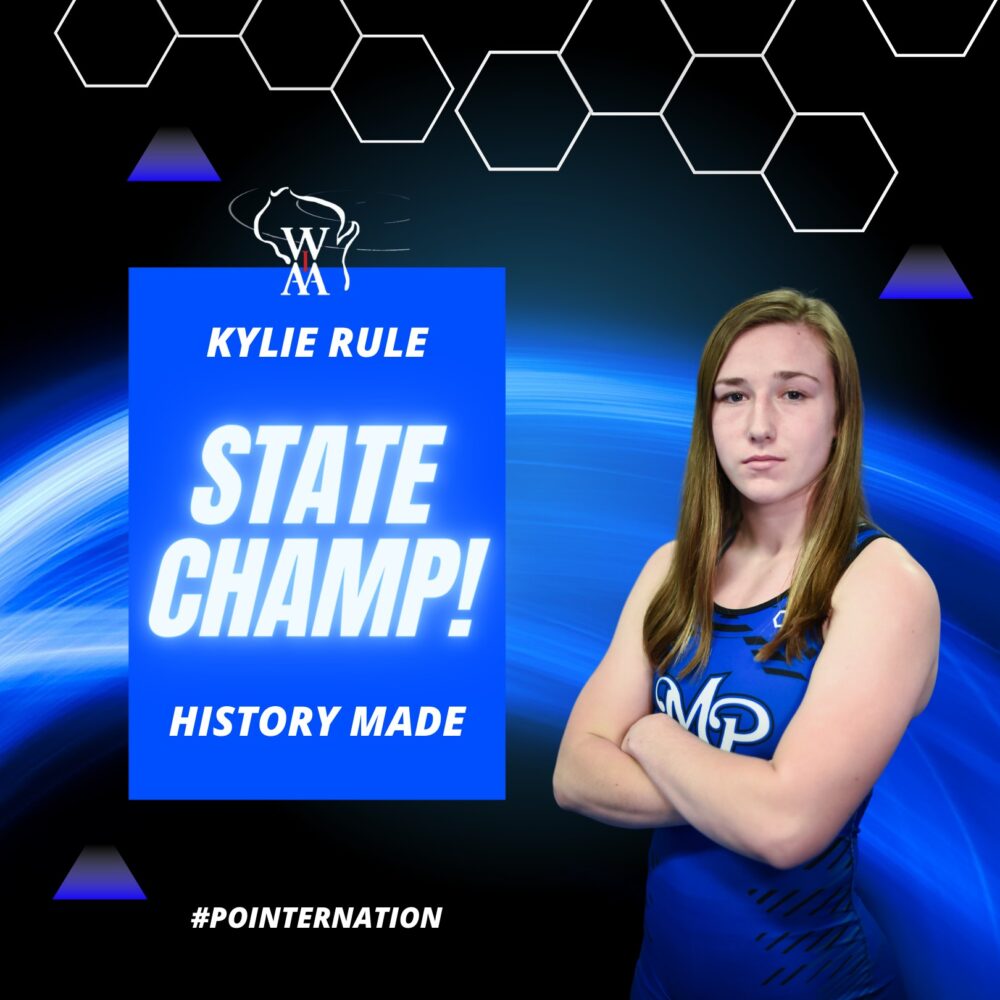 #PointerNation Wrestling added another WIAA State Championship to our storied history, but this one was like none before.
For the first time ever, the WIAA held a Individual Girls State Tournament, this year taking place at the La Crosse Center.
Junior Kylie Rule claimed the 132 lb. title Saturday, January 29 and became just one of 12 girls in the state to win a title during this inaugural season.