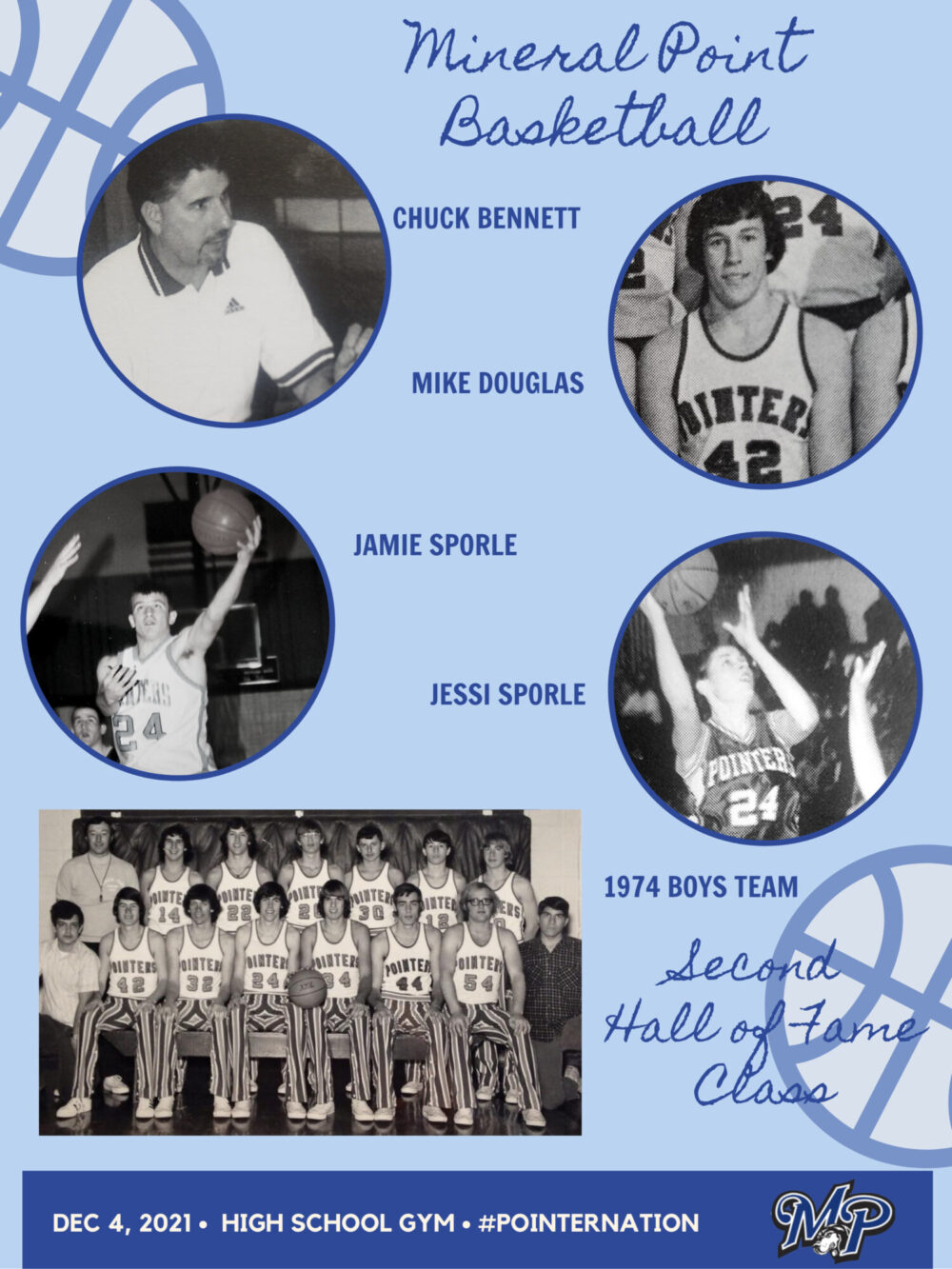 The Mineral Point Basketball Hall of Fame will introduce its second class on Saturday, December 4.  Originally the group was to be recognized earlier this year, but due to the pandemic, the group will be recognized when the Pointers host Milwaukee Pius XI.  Pius is coached by Dan Carey who is assisted by his father Ron, a member of the 1974 team that will be the first team to enter the Hall of Fame.
The Pointers will host the Popes in three levels on December 4th.  JV2 game starts at 11:30 am, JV game at 1:00 pm followed by the Varsity at 2:30.  The induction will take place in between the JV and Varsity games at approximately 2:00.

*5 Time Conference Coach of the Year

* Chuck and his wife Lifka ran the Girls Junior Hoopers for 8 years.

*Played collegiately at UW-Stevens Point (four-year letter winner, served as team captain, earned honorable mention all-conference and earned the Pointer Award for embodying what it means to be a Pointer.)

The team won 25 straight games before losing in the State Finals to McFarland.  It was the third Mineral Point team to reach the state tournament, but the first to bring home hardware winning the Silver Ball.