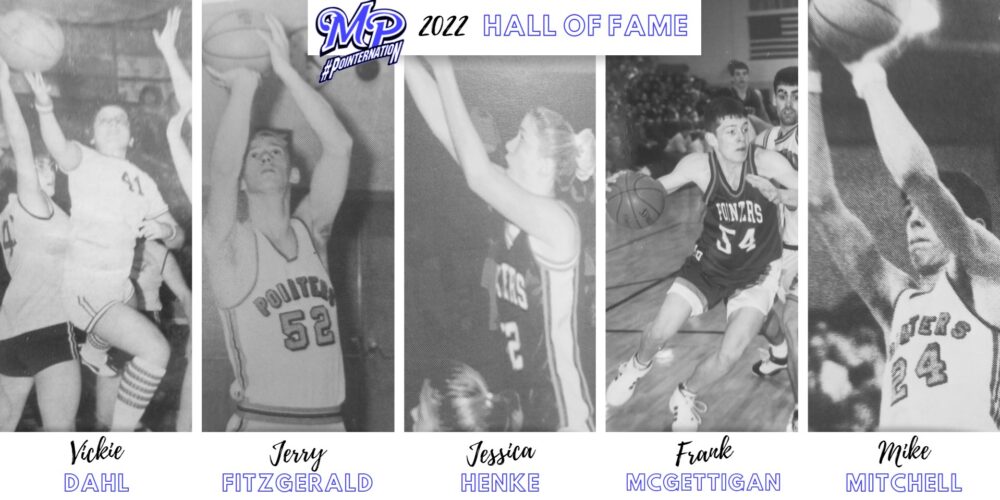 The Mineral Point Basketball Hall of Fame will welcome its third class on Saturday, January 8th when the Pointer girls play host to the Wisconsin Heights Vanguards.  The induction will take place in between the JV and Varsity games at approximately 2:00 pm.  The JV game begins at 1:00 and the varsity at approximately 2:30.

This year’s inductees include:

*Dodgeville Chronicle Player of the Year 1978-79

*Athletic Director at Mineral Point for the past 32 years

*Four years of varsity basketball (which was rare at that time)

When his career ended he held the following records:

*Most assists in one game 8

*Most assists in a season 57

*Most free throws made in career 197

*Most free throws attempted in a career 328

*Channel 27 Prep of the Week