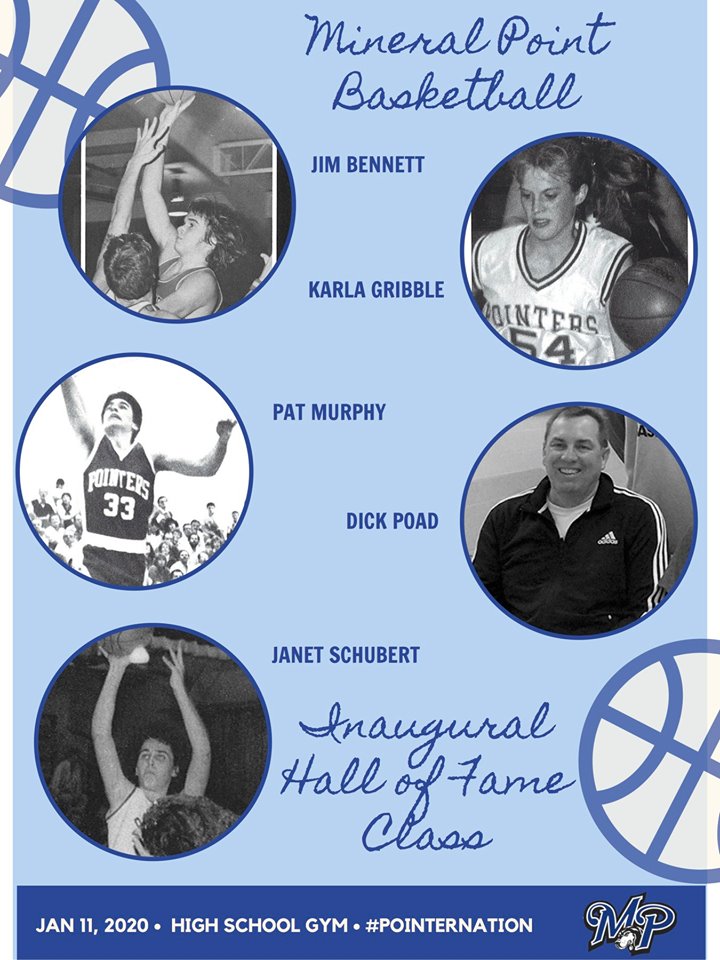 Next winter on Saturday, January 11th, 2020, the Mineral Point Basketball Hall of Fame will induct its inaugural class. The inductions will take place between the JV and Varsity girls basketball games scheduled for that afternoon. Below is a brief bio on each of the inductees. More information and complete bios will be released in the fall:

~ Karla Gribble – Class of 1997. Karla was two time SWAL MVP. She is number one in career scoring for the girls with 1570 points and number two in career rebounds with 650.

~ Dick Poad – Dick established the Mineral Point boys youth basketball program and ran the program for the first 20 years of its existence building a strong foundation for much of Mineral Point’s future success.

~ Janet Schubert – Class of 1990. Two time SWAL MVP. Janet was the first girl to score over 1000 points for the Pointers. She finished her career with 1021 points.