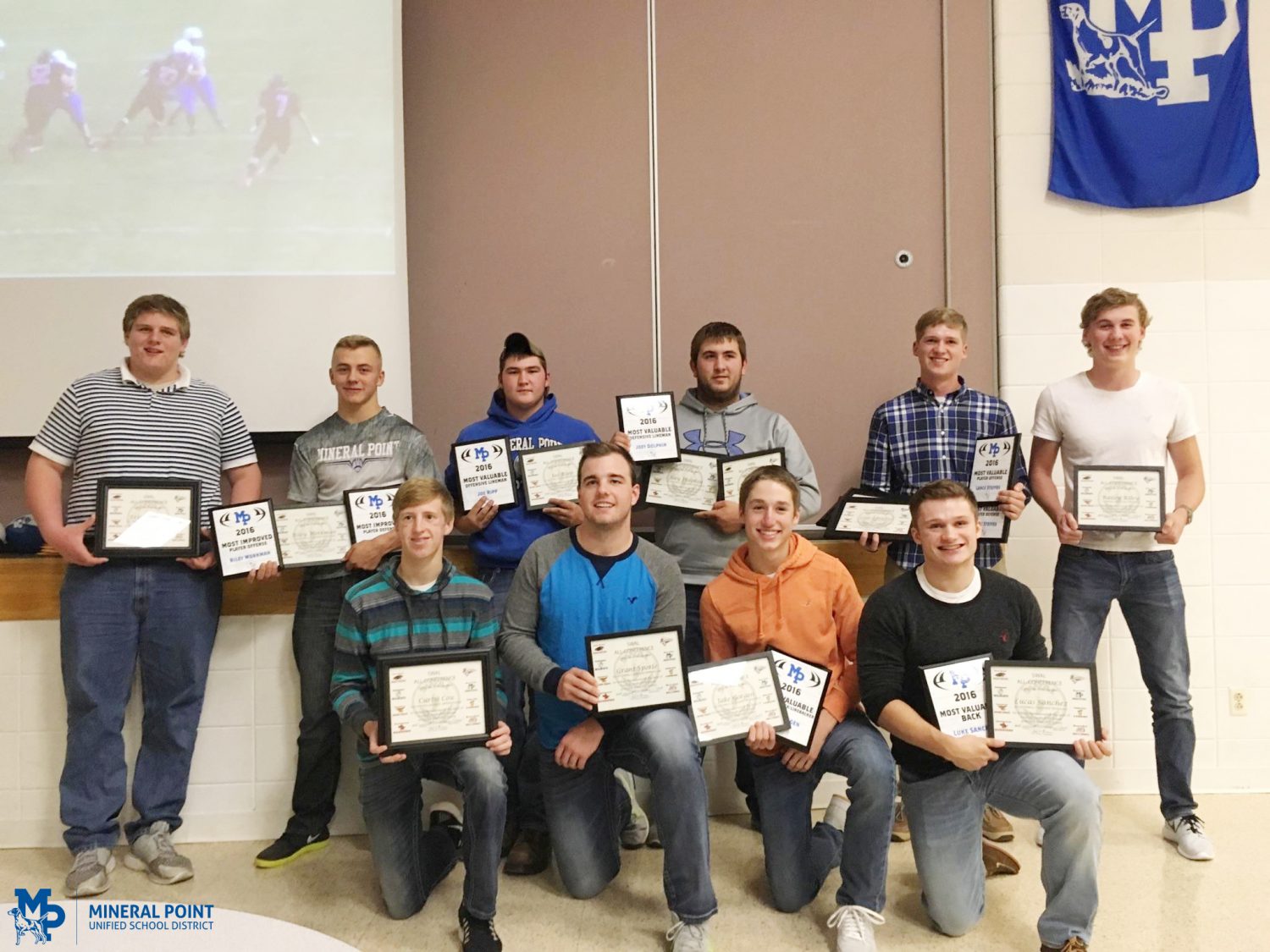 The Mineral Point Football Team held its awards banquet Thursday, November 10 to honor its outstanding performers of the season.

The Pointers finished 3-3 in the SWAL, 6-4 overall, and made a Level 1 playoff appearance.