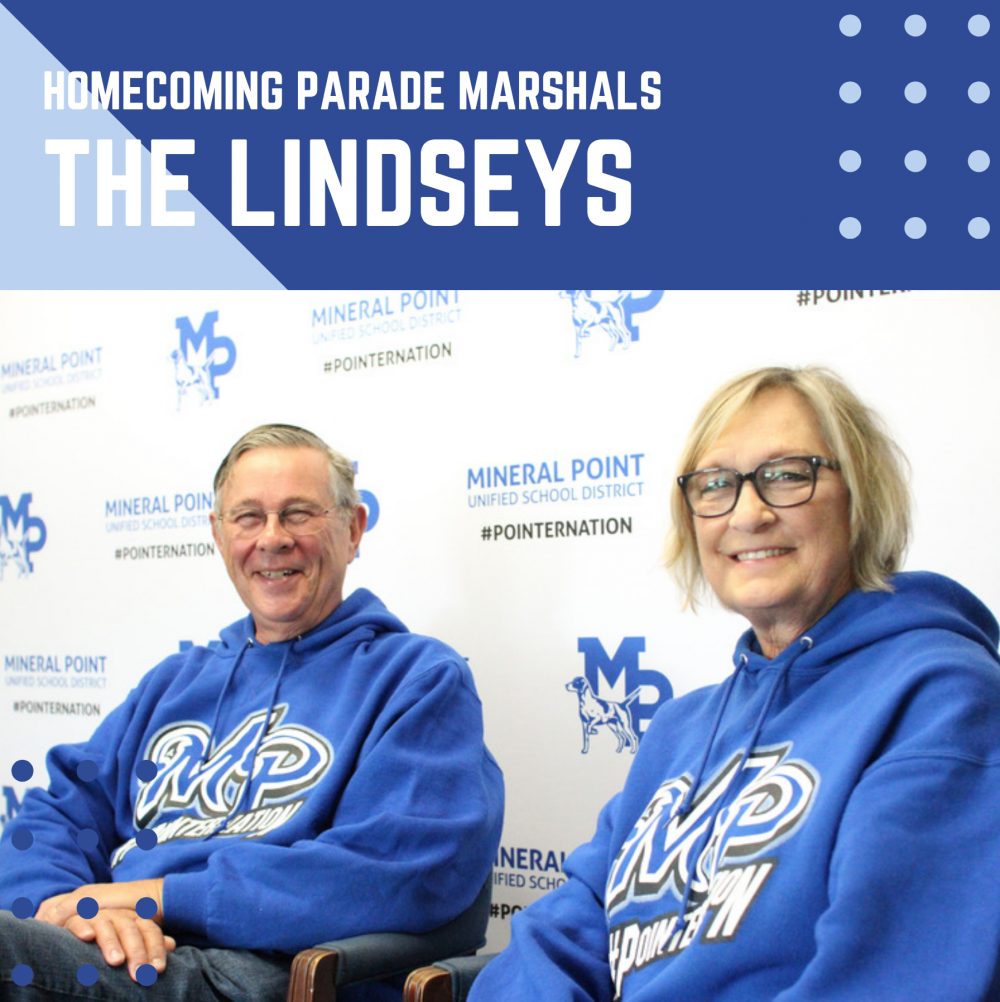 What year do the following things have in common?

Jimmy Carter was President of the United States. A gallon of gas cost $0.86. A first class stamp was $0.15. McDonald’s introduced the Happy Meal. The Pittsburgh Pirates and Pittsburgh Steelers both claimed world championships. “My Sharona” by the Knack was named Billboard’s #1 song. “Alien” was a huge hit at the movie theater box office. Dr. Everett and Mrs. Pat Lindsey moved to Mineral Point from Milwaukee.

That also means the Lindseys have been an important part of the fabric of Mineral Point for 40 years, positively impacting many families and our community. This Thursday they will have the honor of leading the Homecoming Parade as Grand Marshals.

“We both came from small towns, so we were familiar with small town homecomings,” said Pat. “But Mineral Point is just amazing — look how the whole community gathers. It’s fun!”

“I think it’s special because, even if you’re not athletically inclined, you can still be accepted and feel a part of something bigger than yourself,” said Everett.

The couple has had many memorable Homecoming moments through the years from children and grandchildren on Court, and some sons and a grandson as Captains of the football team. “Our sons’ favorite moment was probably the burning of the MP,” laughed Pat. She added, “The new stadium speaks volumes about the community’s support. The first night we sat in that stadium and felt the atmosphere — wow!”

“Our first thought when asked to serve as Grand Marshals was ‘There have to be other people who are more deserving.’ We’ve been here 40 years, but there are so many strong families with strong traditions,” said Everett. “We were blessed to know those who came before us — significant contributors who set a tone of giving back and placing our students high on the list of what matters.”

A lot can change in 40 years, but some things remain the same. What attracted the Lindseys to Mineral Point — “a really nice, warm feeling” — has only accelerated over the years.

“This is really a perfect place to live,” said Pat.