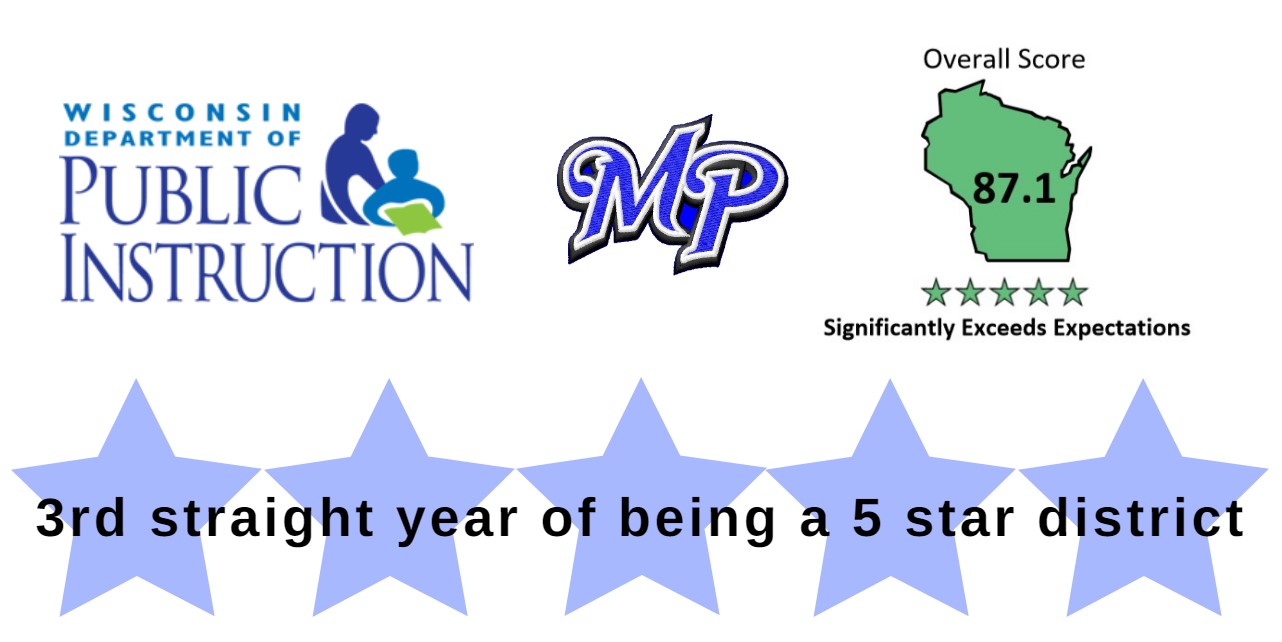 The Wisconsin Department of Public Instruction has released state report cards, based on 2017-18 school data.

The Mineral Point Unified School District has scored an 87.1, which places it into the Significantly Exceeds Expectations category, a five star rating.

This is the third year in a row the District has received the prestigious five star rating.

When comparing all of CESA #3’s 31 schools, Mineral Point ranked first again this year. Only two other CESA #3 districts received a five star rating (Barneveld and Cuba City, both with 84.5).

Any report card for any school in the state can be downloaded here: https://dpi.wi.gov/accountability/report-cards