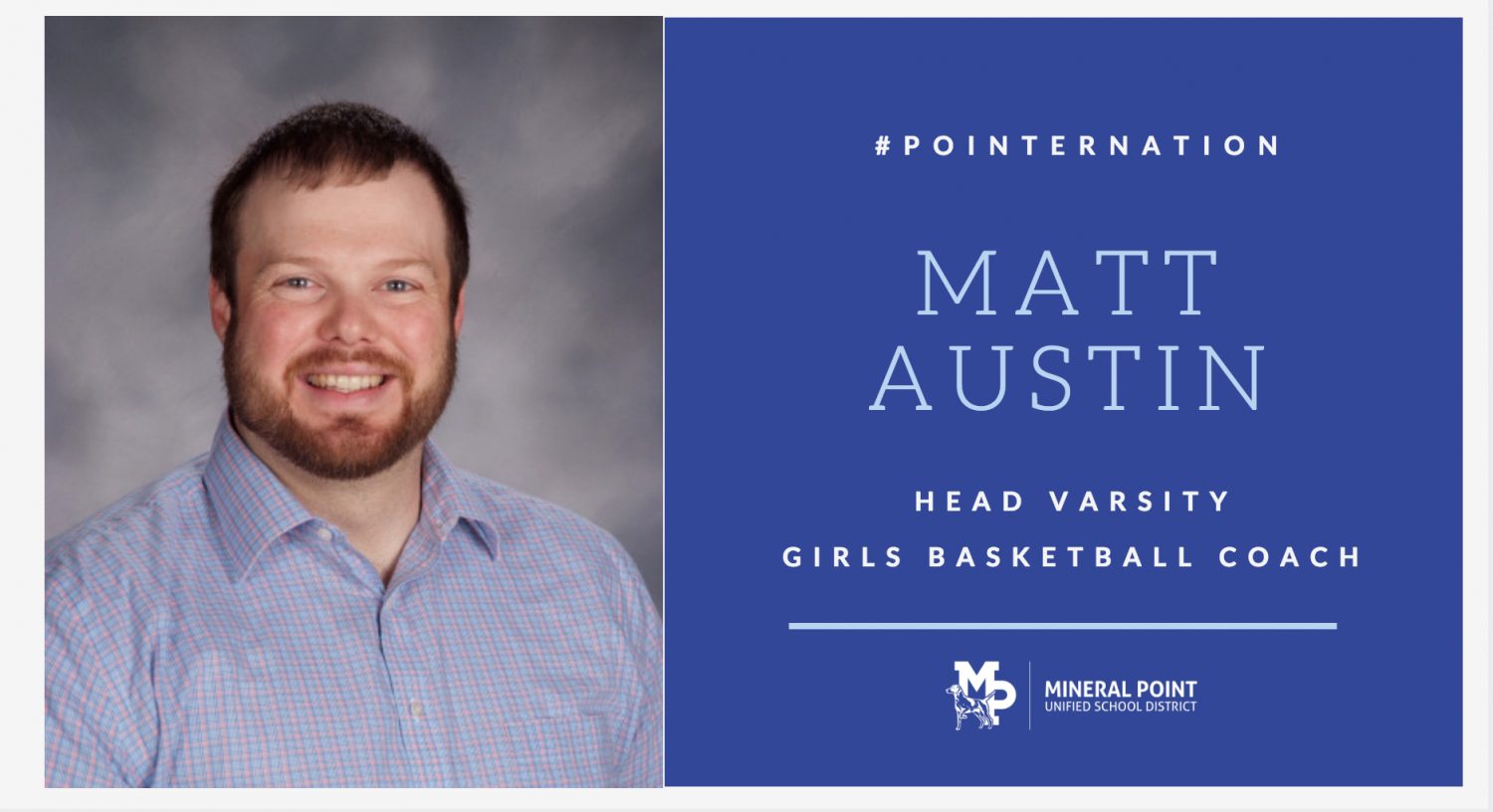 Coach Austin will succeed Coach Mitch Wainwright, who has served in this capacity since 2010.

Mr. Wainwright has taken on additional professional responsibilities this school year in Mineral Point. In addition to his duties of High School Principal, he also is serving as Interim Superintendent.

Coach Wainwright was inducted into the Wisconsin Basketball Coaches Hall of Fame in October of 2017. He led the Pointers to the State Title in 2016. His teams at Pecatonica were State Champions in 1993 and 1994, as well as State Runners-up in 1992, 2001, and 2002. He also led the program at Highland.

#PointerNation thanks Coach Wainwright for all of his dedication to the girls basketball program through the years and sends best wishes to Coach Austin!