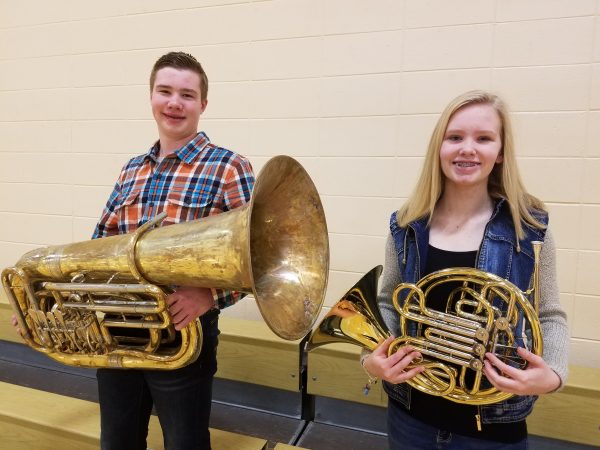 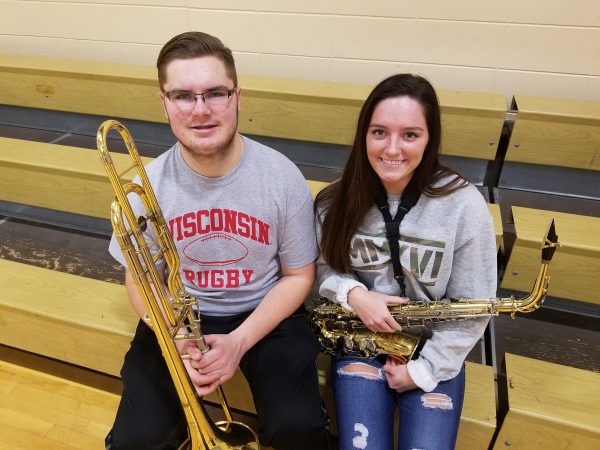 On Friday and Saturday, January 20 and 21, Mineral Point high school musicians Addy Chambers and Haakon Schriefer, along with middle school students Grant Lee and Tatum Novak, will be performing in the National Band Association All-State Band.

This year’s senior band will be conducted by noted composer and conductor Dr. Jack Stamp.  Dr. Stamp is currently an adjunct professor of Music Education at the University of Wisconsin-River Falls.  Prior to moving to Wisconsin, Dr. Stamp served as Director of Band Studies at Indiana University of Pennsylvania for 25 years. In addition, he served as chairperson of the music department for six years. He holds a DMA degree in Wind Conducting from Michigan State University where he studied with Eugene Corporon.

The junior band will be conducted by Stephanie Maletz, a well-known and highly respected music educator from Janesville.

The All-State Band will conclude the State Convention of the Wisconsin Chapter of the National Band Association with a finale concert at 7 pm on January 21 in the Appleton North High School Auditorium. All are welcome to attend.