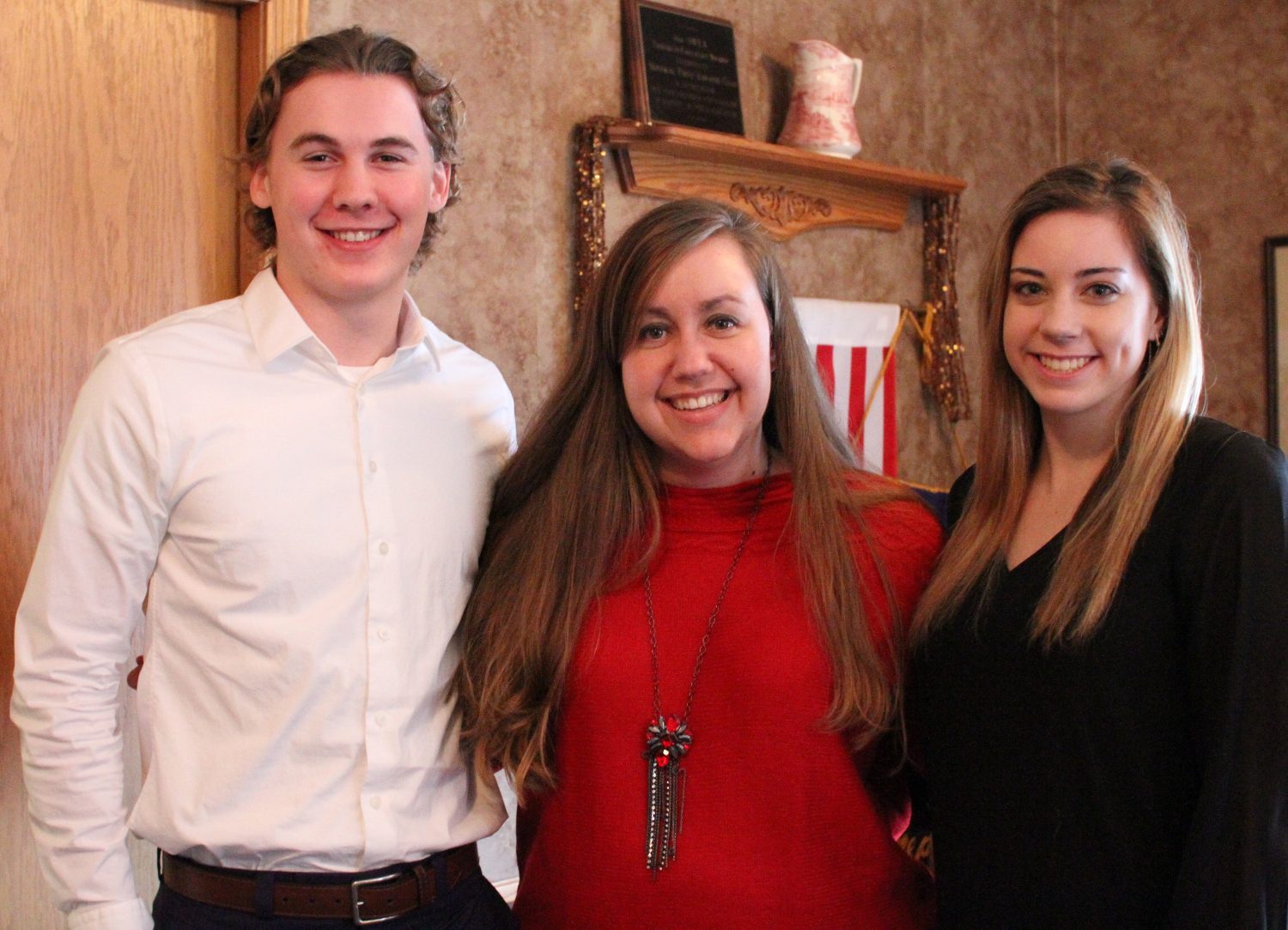 The Mineral Point Kiwanis Club honored its January Students of the Month at its meeting Tuesday, January 31 at the Pointer Cafe.

Haley grew up in Mineral Point with her parents Margaret and Bill Chubb, and siblings Katie, Robby, and Natalie.

Haley is a member of the National Honor Society, plays basketball and volleyball, dances at Betty Hayes and Halftime Entertainment, participates in Key Club, and is going to go to Cornwall this spring. She also volunteers at her church as a Sunday School teacher and volunteers at the Dodgeville Free Clinic.

Haley is a lifeguard at the Mineral Point Pool. She has been a lifeguard since she was sixteen and worked there the past two summers. She enjoys teaching swim lessons every summer to preschoolers. Working at the pool inspired her to pursue a career that involves working with children.

Haley plans on attending UW-Oshkosh and wants to become a nurse practitioner.

During Haley’s high school career, Mrs. Kristin Staver has had a significant influence on her life in and out of school. Mrs. Staver has been Haley’s coach in just about everything. She coaches her in Halftime Entertainment, forensics, and volleyball. In all of the things, Mrs. Staver encouraged Haley and taught her confidence is everything. With the help of Mrs. Staver, Haley received a silver medal at State Forensics, the ability to become a conference champion in volleyball, and the encouragement she needs to perform in front of crowds. She would like to give Mrs. Staver a big thank you for going above and beyond.

“When I think of Miss Haley, I think of a fantastic smile that lights the room.  I have not only had the pleasure of being her teacher, but I have coached her in volleyball, dance, and forensics.  I have always thoroughly enjoyed this kid’s humor and drive.  I love when she gets fired up!  She is so competitive – it is awesome.  I will always pick you for any team!  I am excited to watch her next steps and will truly miss her!” Kristin Staver.

“Haley Chubb was always a sweet kindergartner with a fun personality.  She enjoyed the many friendships at school and always had a kind little smile for everyone.  It has been a joy watching Haley grow into the kind young woman she is today.  Whether watching a sporting event or seeing her casually, she still shows her cute little sparkle known only to her.  Congratulations, Haley and good luck in your future endeavors!” Jill McGuire, kindergarten teacher.

“Haley Chubb is a great student who works hard to reach her highest potential. She has a positive impact on her peers, as well as others.” Deb Molle, 3rd grade teacher.

Bailey has lived in Mineral Point his whole life with his family Tim, Deb, and Jake.

Bailey helps his dad work on cars in their shop and helps on his family farm. Bailey enjoys exercising and spending time with his family and friends.

He plans on attending MATC from 2017-19 and then transferring to UW-Milwaukee for architecture and a minor in French.

While Bailey has been in Mineral Point High School and Middle School, Mr. Kyle Carey has influenced his life in a variety of ways. He coached Bailey in middle school wrestling, and he went to state that year and placed for the first time. Mr. Carey is also one of Bailey’s teachers and he has hired him to work for him. He taught Bailey many things, such as problem solving and work ethic. He has also advised Bailey on many things in his life, and has even helped Bailey discover what career he wants to pursue. He would like to say thanks to Mr. Carey for all of the things he has affected in his life.

“When I think of Bailey, I think of a quiet confidence.  Such a neat, low-key kid that truly has a lot say when it is important and never spouts off when that is the road the majority would take.  Because of this gift, Bailey is very mature and wise beyond his years.  I love to talk about languages, travel, food, and Netflix series with him.  He is just as big of a nerd as I am, always looking for the symbolism.  I am so excited to watch his bright future unfold and will truly miss him next year,” Kristin Staver, high school English teacher.

“Bailey Riley is a helpful, kind young man and his hard-working attitude has always shown through. I wish him luck in his future and congratulate him on this exciting award!” Jill McGuire, kindergarten teacher.

“Bailey Riley is a great role model who always works hard to reach his goals.

He has much to be proud of,” Deb Molle, 3rd grade teacher.

Bailey chose “To Kill a Mockingbird”  by Harper Lee. “We already have a copy, but I think this book has a good overall message. Atticus Finch, a lawyer, defends an African-American client for a crime he didn’t commit in a small town in southern Alabama in the 1930s. Atticus’ family and career get threatened because of it, but he believes it is what is right, so he gives him the closest thing to a fair trial that he is capable of,” said Bailey.

“One of my favorite books is ‘Safe Haven’ by Nicholas Sparks,” said Haley. “It’s a book full of romance and adventure. This book influenced me because the main girl did not let her troubled past affect her present life. I think people should read it because it is a great way to relax, and it’s very addicting.”