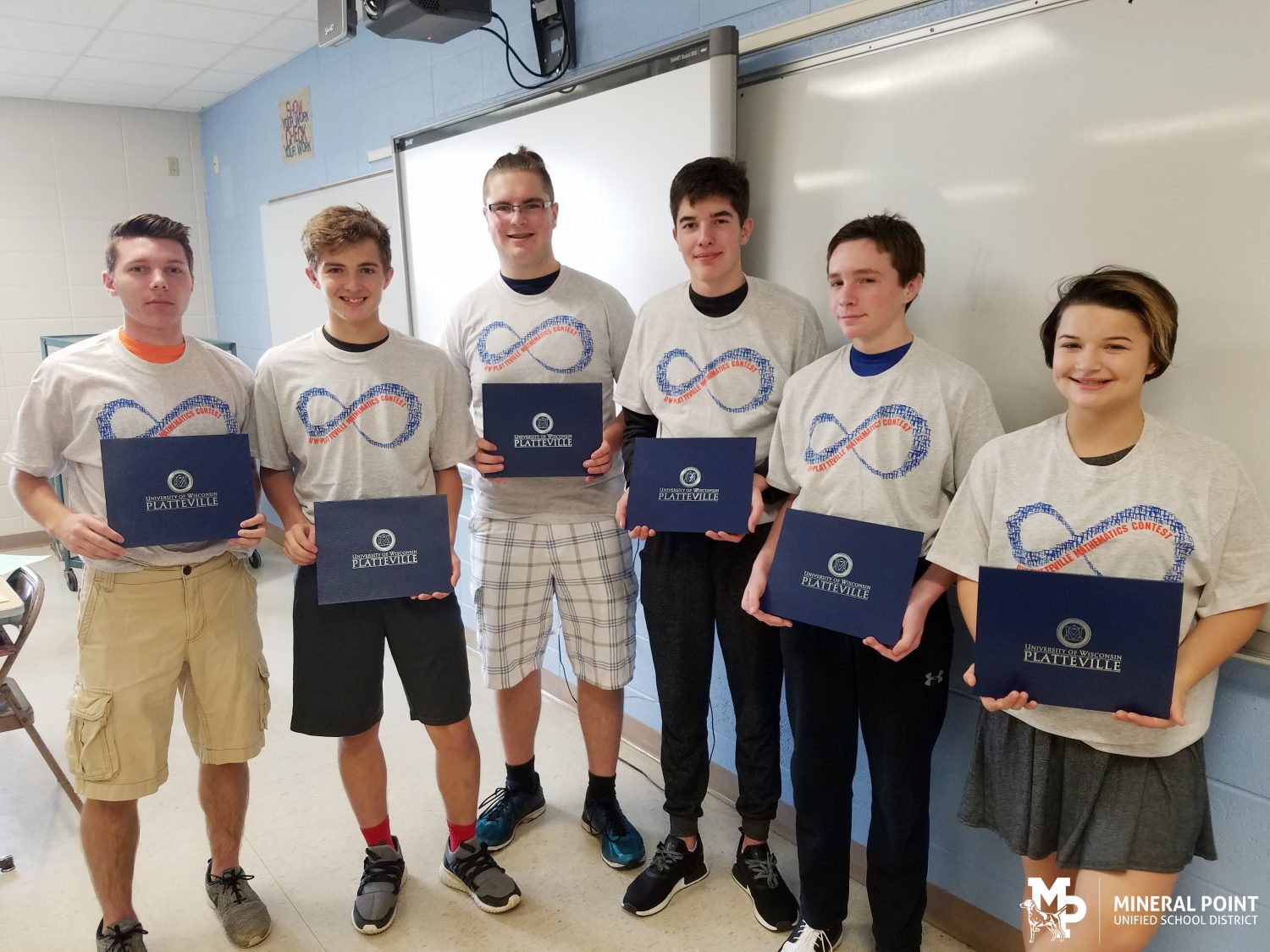 In Division 4, MPHS placed 4th out of the 17 teams. The team scores are a sum of all team members’ individual scores at both levels and the scores on the team test at both levels.

The All-Academic Team award winners are selected based on their score on the individual test.

In Level 1, four out of MPHS’ seven team members were selected for this award including freshman Nick DuBois, and sophomores Brady Palzkill, Mitchell Schaaf, and Abby Shannon, each of which received both a tshirt and a certificate from UWP.

In Level 2, junior Haakon Schriefer and senior Chad Yeager both also made the All-Academic Team.