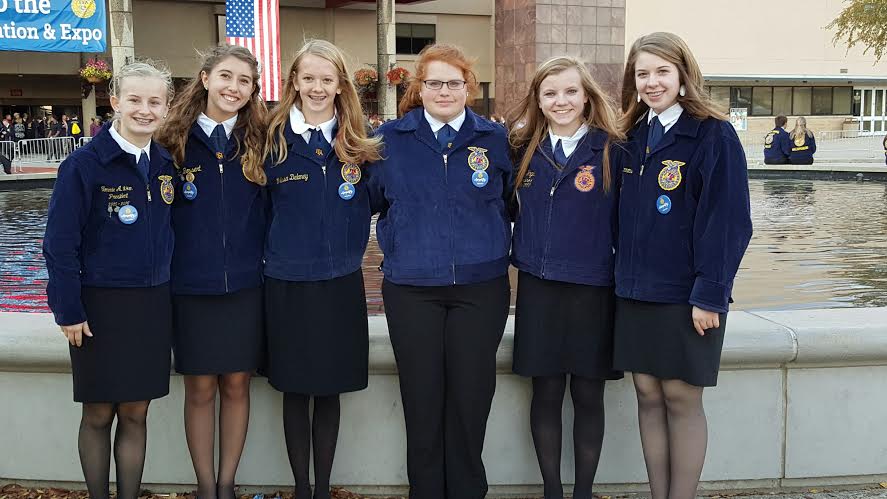 The purpose of the convention is to unite FFA members from across the country in an effort to promote the brotherhood, integrity, leadership, and agricultural experiences of the FFA. There were over 60,000 members from fifty different states, including Puerto Rico. The Convention lasted for four days in which twelve sessions were held. There were several motivational speakers and awards program for all the members present.

During the time when the members were not attending convention sessions, they were given a chance to see some of the many things that Louisville has to offer. The group from Mineral Point toured Louisville Slugger Factory, Churchhill Downs, Mammoth Cave National Park and High Point Boar Stud. Members were able to visit the career show, which has several job and educational opportunities for them.

The National Convention has continued for the past 88 years, being held in Kansas City, Indianapolis and Louisville. The Convention is very successful and members enjoy attending. It is another great opportunity that is provided through the FFA organization.