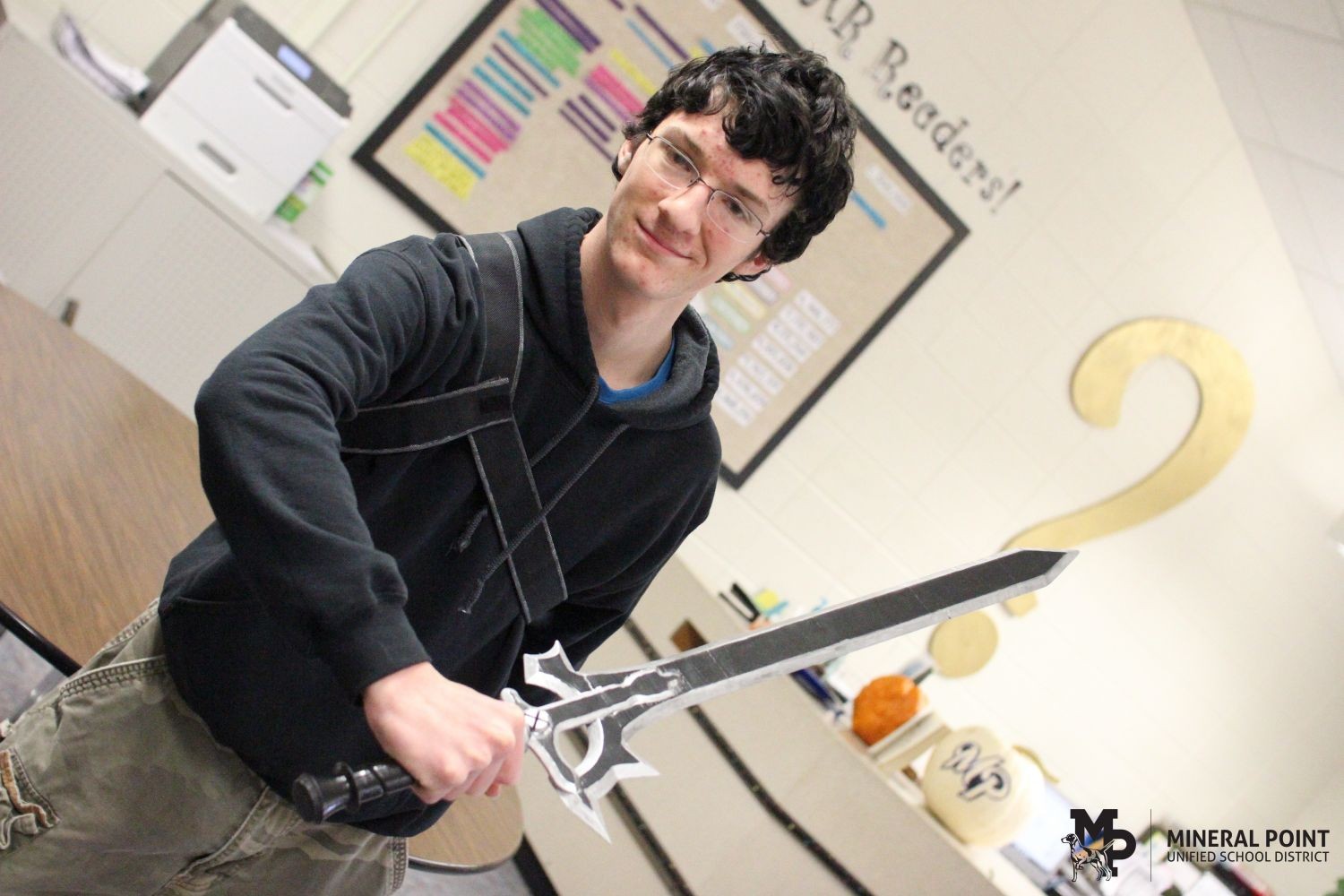 The senior spent days working on a sword. Even when the school’s printer broke down, he was not deterred and ventured to an outside source to finish the endeavor.

“Austin is a self motivated student with a passion for engineering and challenges,” said tech ed teacher Kyle Carey.  “He works countless hours before school and after school because he has found applications that are important to him.  I have often had to disappoint him by kicking him out after school so I can go home.  The amount of work that went into that sword was crazy.  It is made up of at least five different pieces because my printer can only make roughly eight inch pieces at a time.  This required him to engineer, design, and create his own ‘double bolt’ like configuration to lock all the pieces together.  As his teacher, the only problem I have ever had with Austin is that I haven’t been able to always provide him with the necessary time he demands of me.  Great student whose only limit is his imagination!”