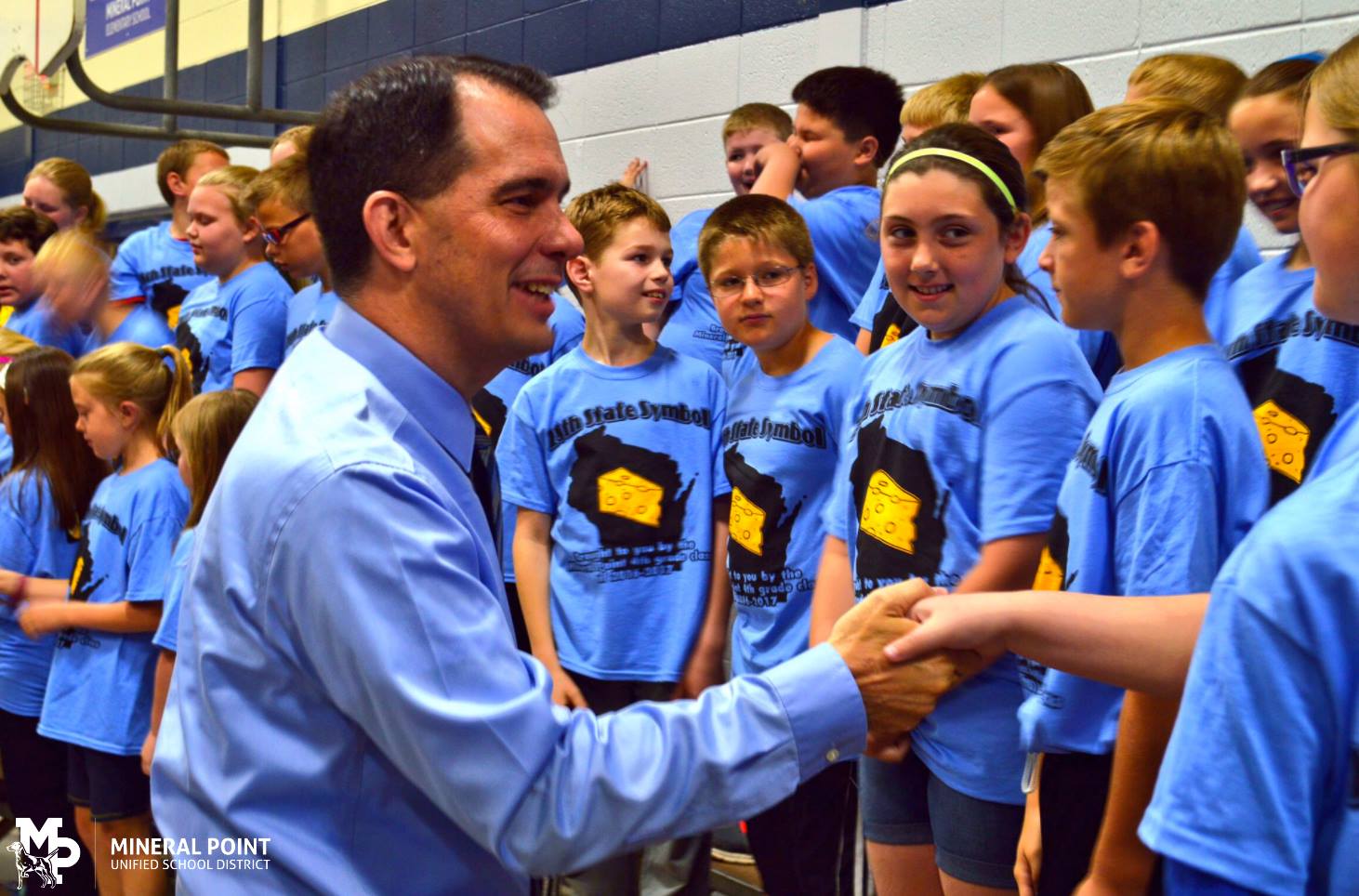 Governor Scott Walker traveled to Mineral Point Elementary School Thursday, June 1 to sign Assembly Bill 73, which designates cheese as Wisconsin’s official dairy product. Cheese joins a list of state symbols, including the dairy cow, which was designated the state’s domestic animal in 1971, and milk, which has been Wisconsin’s official state beverage since 1987.

“Wisconsin is America’s Dairyland – it’s only fitting we designate cheese as our official state dairy product,” Governor Walker said. “With this designation, we’re giving cheese the recognition it deserves. Today, we celebrate the efforts of our hard-working dairy farmers and cheesemakers, who make all of us proud to live in Wisconsin. And a big thanks to the fourth graders here at Mineral Point Elementary who came up with the idea in the first place. They felt passionately that cheese should be the state dairy product, followed their idea through the legislative process, and helped to make it a reality.”

For more than a century, Wisconsin has led the nation in cheese production, producing over three billion pounds of cheese annually. Wisconsin cheesemakers combine generations of tradition with cutting-edge innovation to craft the finest cheese, and Wisconsin is the only location outside of Europe to offer a prestigious Master Cheesemaker certification for veteran cheesemakers who have been making cheese for ten years or more. The state regularly takes home top honors for its world-class cheeses, including the historic sweep of the cheese industry’s three major competitions – the U.S. Championship Cheese Contest, the American Cheese Society Cheese Competition, and the World Championship Cheese Contest.

The designation of cheese as the official state dairy product was proposed by a group of fourth grade students at Mineral Point Elementary.

To view photos from the event visit: https://www.facebook.com/pg/MineralPointSchoolDistrict/photos/?tab=album&album_id=1553036491374646

News video from the event: http://www.channel3000.com/news/governor-signs-bill-declaring-states-new-official-dairy-product/525577636