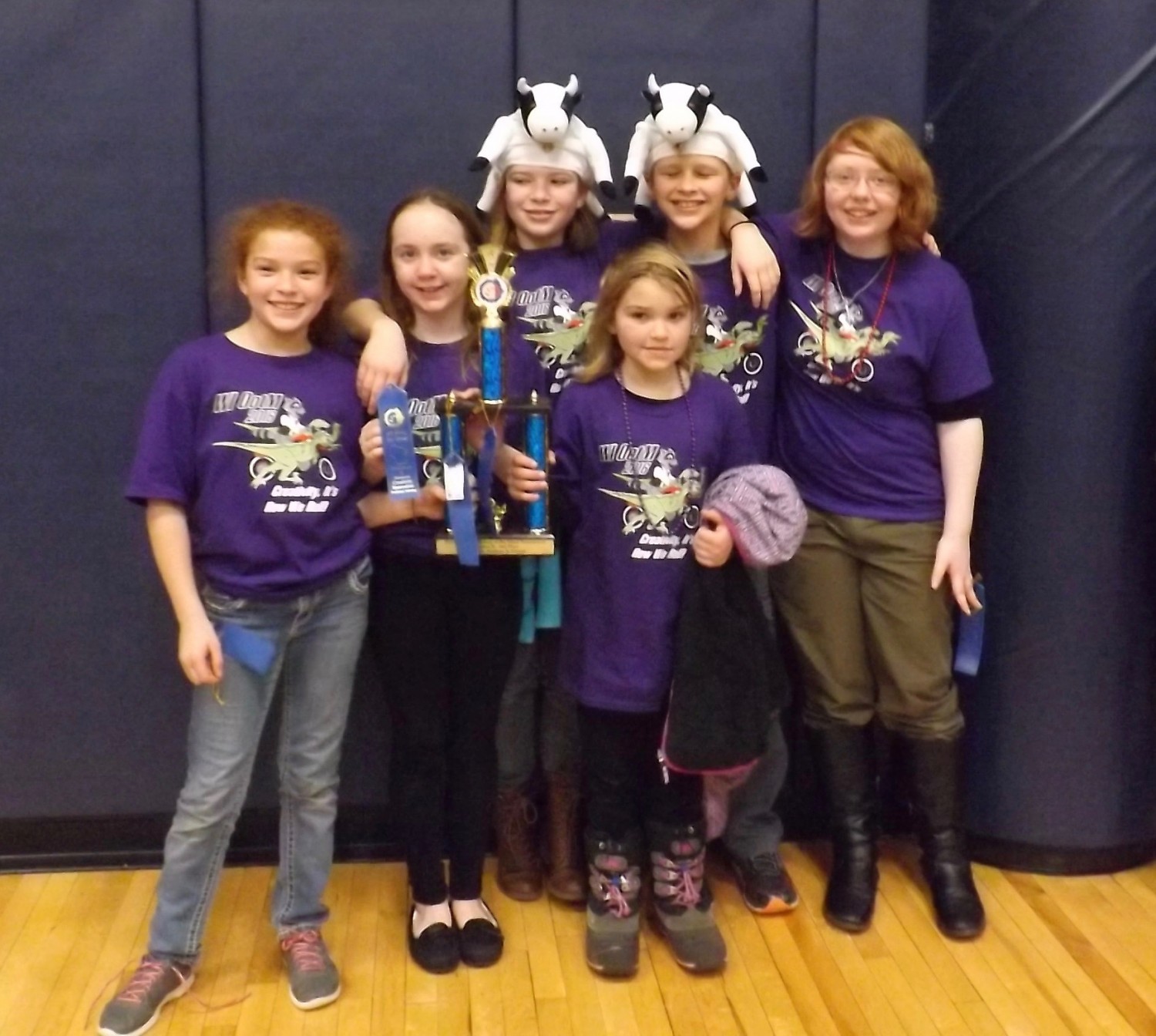 This spring, Mineral Point Odyssey of the Mind (OM) placed 2nd in the Wisconsin State Tournament in Madison. Students started building skills in December with the team forming in February.

How is creative problem solving measured? Scoring takes ideas, teamwork, and “thinking outside the box” very seriously. The team chooses a long term problem to address and presents their solution in an eight minute skit. The team is also presented with a problem they have never seen and are evaluated on how they work together to create a solution.

This year’s long term solution involved changing toxic waste into good cheap coffee and generating free energy in the process. The spontaneous problem had them creating an advertisement to sell water. “Buy the water – the bottle is free.”

Students started meeting to work on spontaneous problems in January. Early release days made a convenient time slot. Many kids stopped in and enjoyed building towers and buildings out of odd materials, doing skits, and creating stories in groups. The hardest part was finding the time and commitment necessary for a team. As the tournament neared, much needed to be done to compete successfully. If you want to see creative, ask these kids how their schedules work!

Many thanks to kids and families for time and energy. Team members are making noise about wanting to go to Worlds. 2017 World Finals will be in Michigan, with Michigan State University the probable site. This year’s Odyssey of the Mind team was coached by Carrie Wilson and Matt Wersal. Team members were Emily Graber, Keira Schrank, Caleb Wersal, Ella Wilson, Hope Wilson, and Rita Wilson. The team took ownership of the workload. They pulled together especially well when life became a series of spontaneous problems.