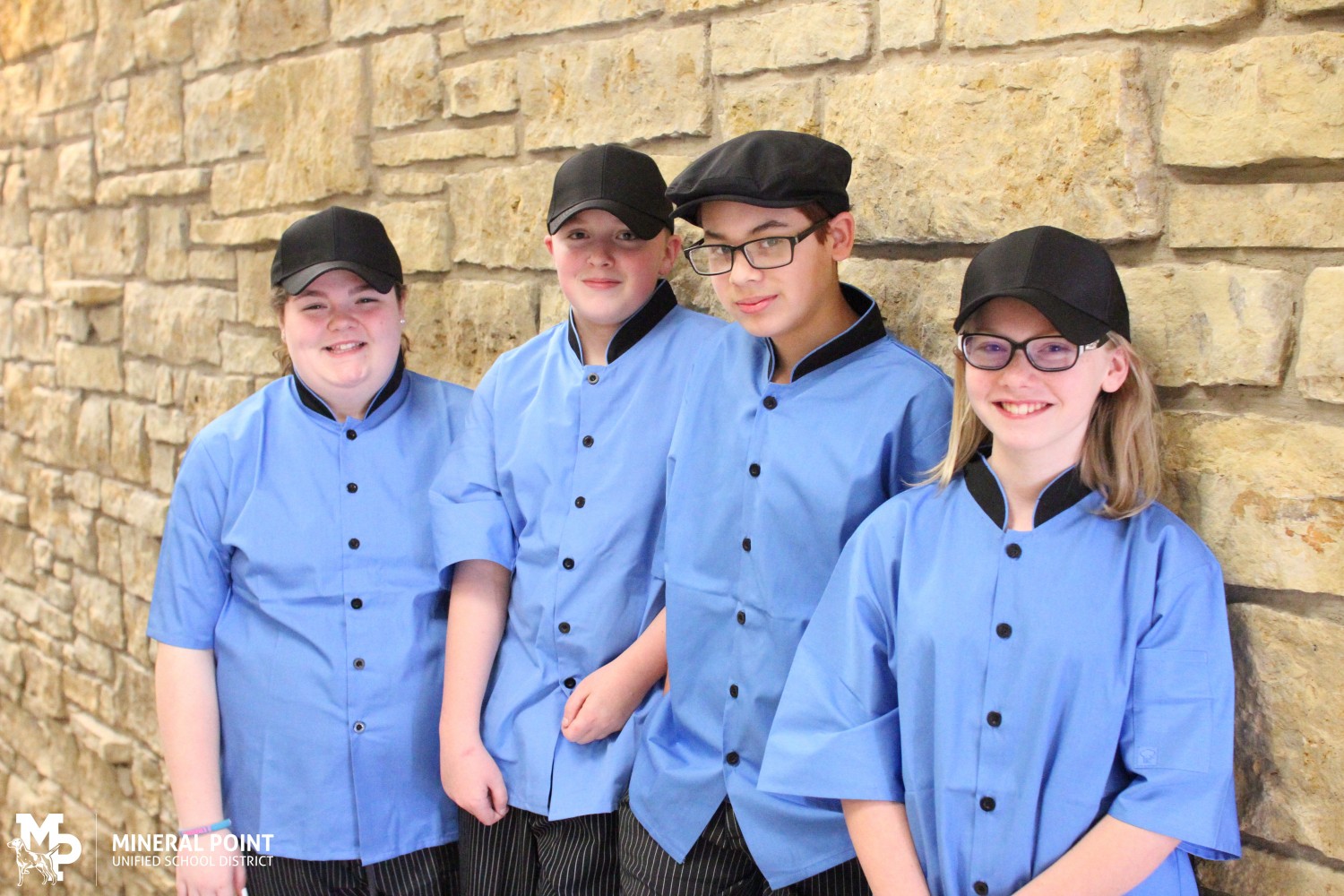 The Middle School Cooking Club, which got off the ground running last year, has taken its success to new heights.

Students Natalie Chitwood, Laney Finkelmeyer, Jaden Kieler, and Florencio Torres, along with coach Julie Pompos, met after school bi-weekly since mid-January and their hard work paid off. Their team name is RSVP.

March 22, the group was notified from the Wisconsin Department of Public Instruction that it had been selected for the finals of the fourth annual Whipping Up Wisconsin Wellness Student Chef Competition Cook-Off.

The recipe, which the group spent hours upon hours to perfect, is called Galumpkis: Savory Cabbage Rolls, a Polish treat.

The group also enlisted the assistance of local chef, Charlie Socher, a former economics professor who has always had a passion for cooking and became a French trained chef. He has been in the restaurant business for more than 30 years, owning several restaurants in Chicago, namely Cafe Matou and most recently, the Mineral Point Dining Company.

“Charlie was an invaluable resource,” said Pompos. “He was patient and pleasant to work with.”

“Your recipe not only met the required recipe standards but demonstrated creativity and showcased a Wisconsin grown food. I applaud you for developing such a wonderful recipe and look forwarding to tasting it!,” said Wisconsin State Superintendent Tony Evers.

There was a great deal of trial and error, finding just the right amount of each ingredient to reach the desired taste.

In addition to the obvious culinary skills required for success in this endeavor, the students also honed their math skills, as the recipe calls for expertise in the units of measurement, as well as determining how many grams of saturated fat and milligrams of sodium are in the dish, of which there were tight parameters to comply with.

Collaboration and teamwork skills were also developed during this cooperative effort.

The cook-off will be held Thursday, May 19 at Babcock Hall on the University of Wisconsin-Madison campus. Student teams will be expected to prepare and serve their recipe of six plated servings. The dishes will be evaluated based on taste, appearance/presentation, originality, and student appeal.

In addition, the recipe must be doable for a serving of 50 to be prepared at school in a taste test with students prior to the May 19 event.

“We’re just a rag tag group of after schoolers, competing against large schools with established culinary arts programs,” added Pompos. “I couldn’t be prouder of these kids.”