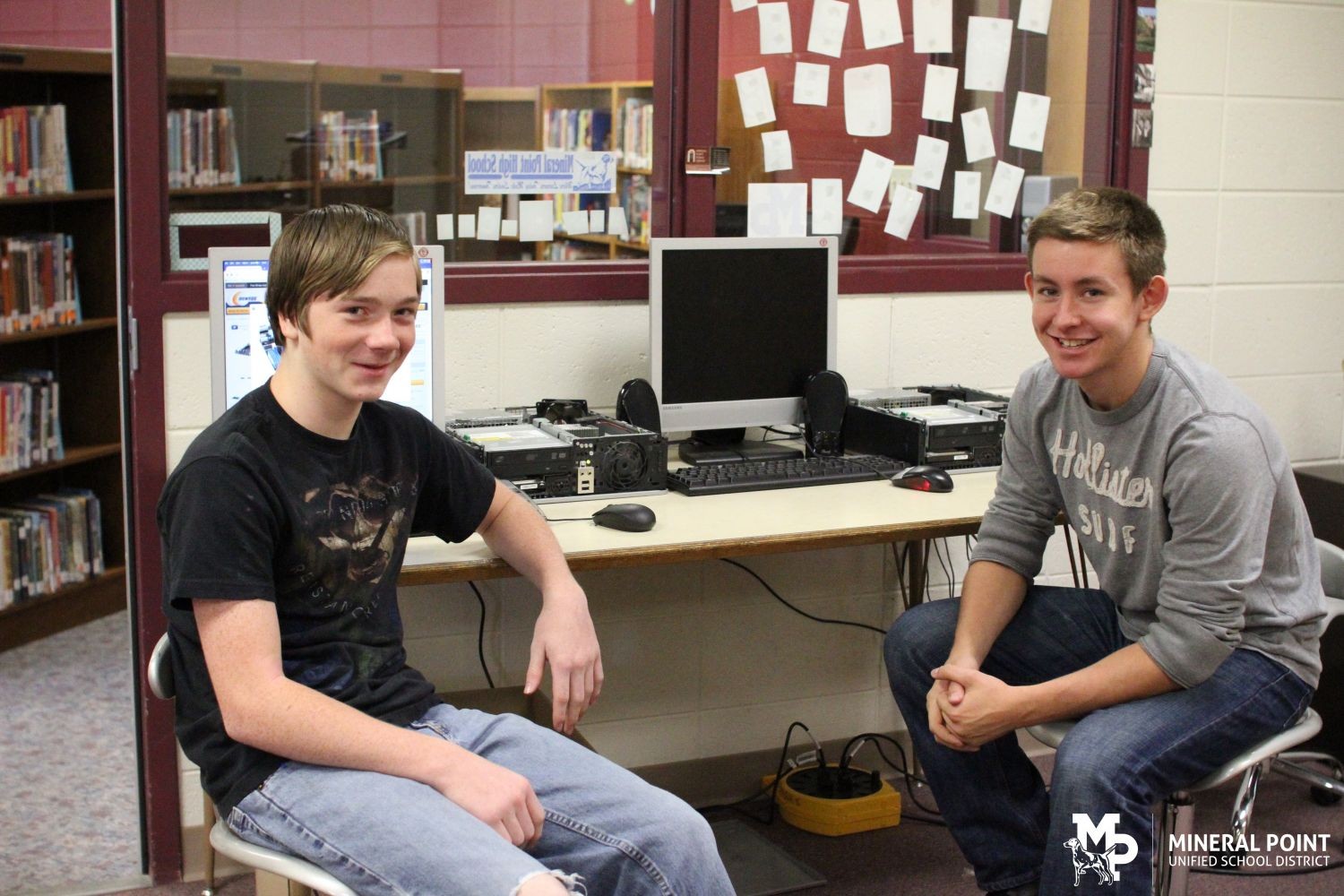 The idea of a traditional study hall has gone out the window for a few Mineral Point High School students.

Devon Manning and Justin Toay have taken it upon themselves to go above and beyond by using their study hall during fourth hour as a time to work on their passion of computers.

After having a class in computer science last year, it helped to really fuel their interest in taking apart computers and putting them back together.

“After we started taking the computers apart, we thought it was a pretty cool idea to make a ‘super computer,'” said Toay.

Kris McCoy, middle/high school Instructional Technology and Information Specialist, has worked with MP Tech/Dependable Solutions, who provides technology support to the district, and the company has been generous to allow the students to work on older model computers.

“We stripped the parts from all the computers and put the best parts into two of them,” said Toay.

Manning mentioned the ‘super computer’ idea has taken a detour as the computers were running Windows XP, which is too slow of a processor to make a true ‘super computer.’

But that hasn’t stopped the duo.

“We are updating all the software,” Manning said, who is purchasing parts with his own money to make this goal a reality.

For young people who have computer and coding skills, the world is their oyster with career opportunities galore.

“I have always found electronics interesting when it comes to how they work and what the process is to make them,” said Toay. “I plan on going to college for Computer Programming next year and hopefully will be doing projects like this and more. I think doing this is a good first step in the direction I plan to go.”

“I don’t have any plans for the future yet, but if I could, I would like to work for Microsoft,” said Manning.