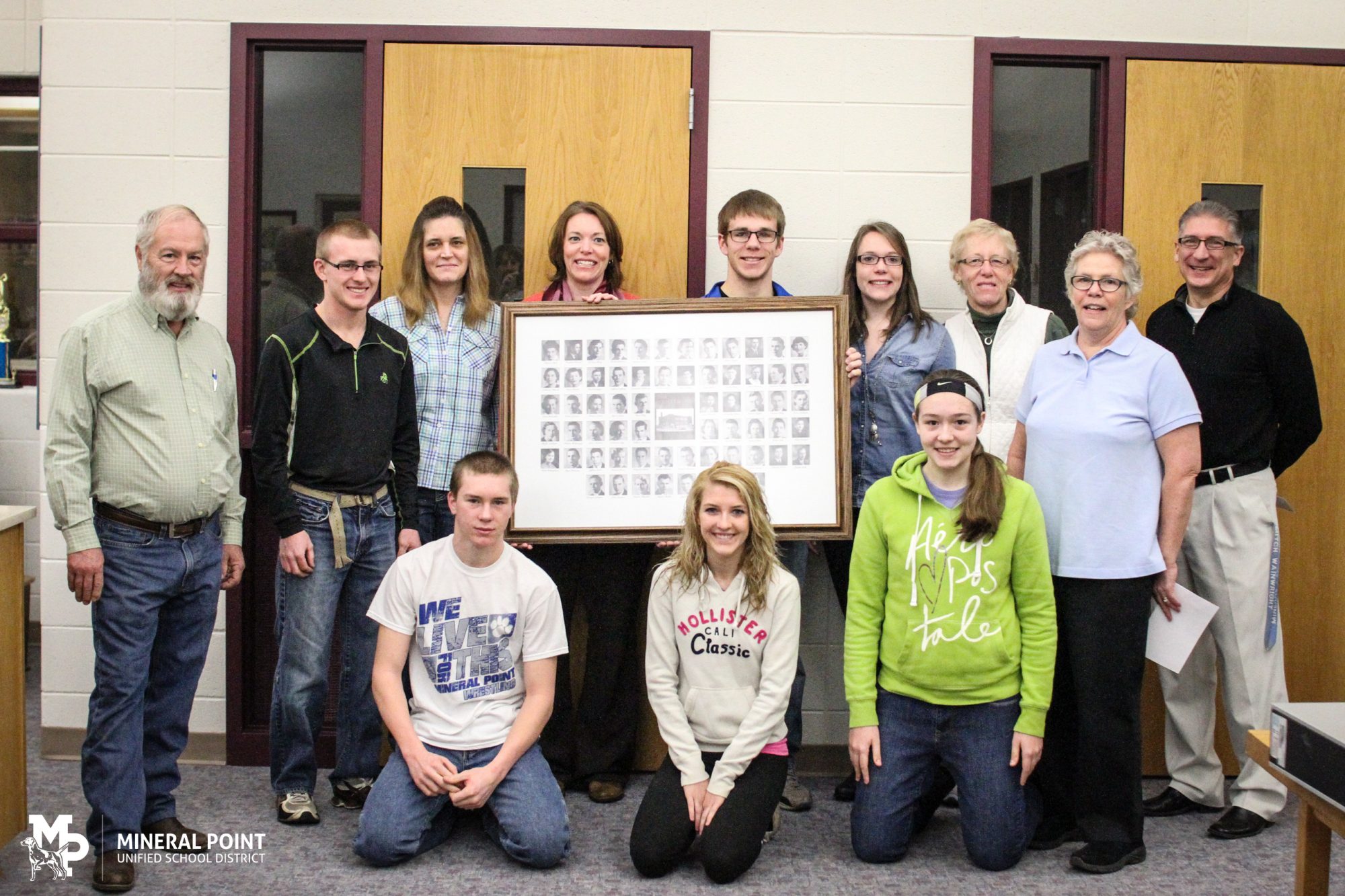 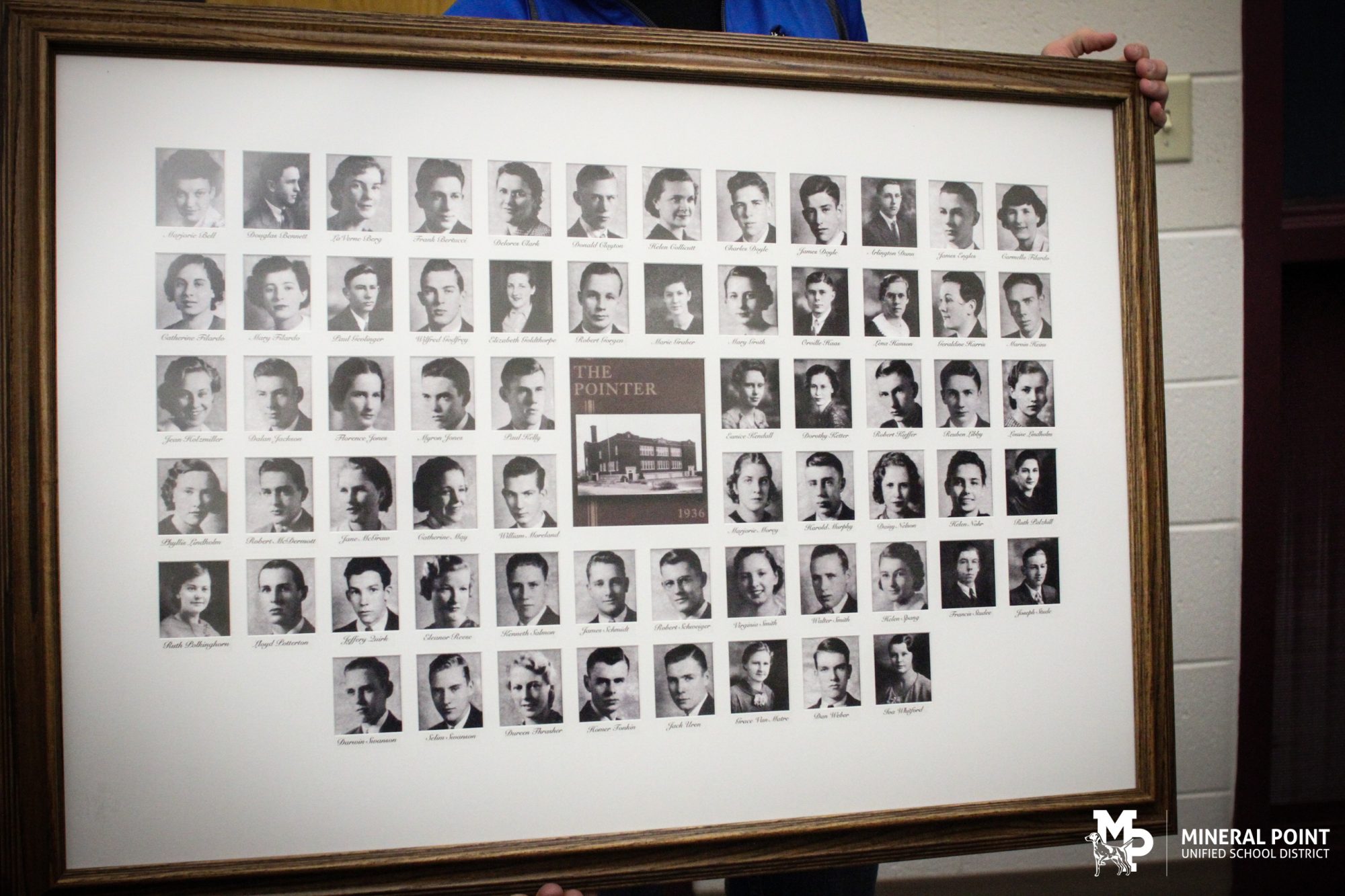 Phyllis started school when she was four years old because she was sent with her older sister, Louise. They went to the Peniel School near the Welsh settlement southwest of Mineral Point. Phyllis always told the story of how their walk to and from school was uphill both ways, and it really was.

Later, both attended Mineral Point High School. Phyllis was the youngest in her class of 64 students. She always wanted to be a nurse, but finished high school too young to get into nurses’ training, not to mention money was scarce.

The photo was donated by Kay (James) Cline.

Mineral Point High School features many class photos on display in its hallways, primarily in the hall on the west side of the gymnasium–near the music and tech ed rooms. We encourage you to spend some time looking at these pieces of history on your next visit.

(Article and photos by Joelle Doye, with help from the donating family)