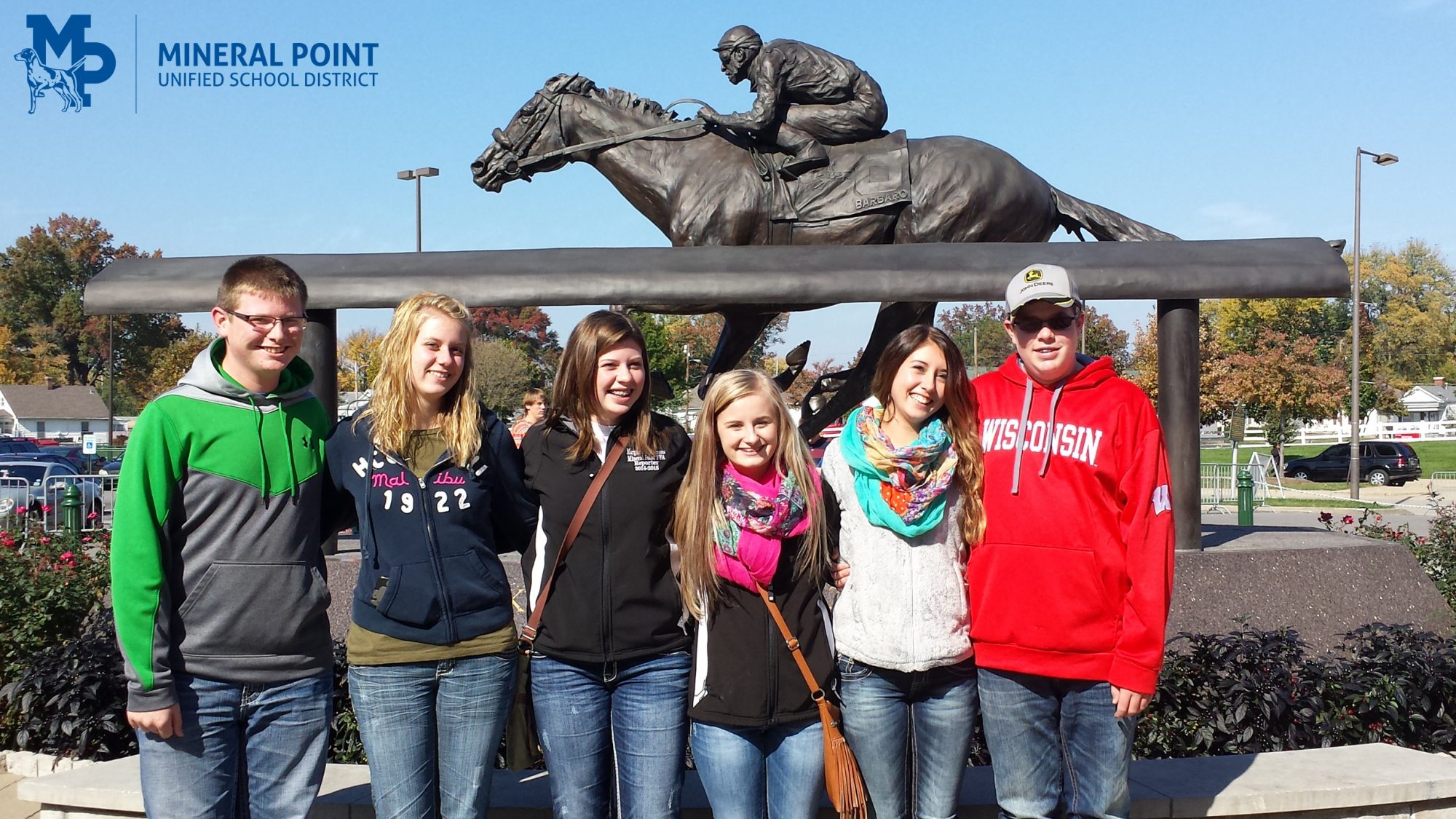 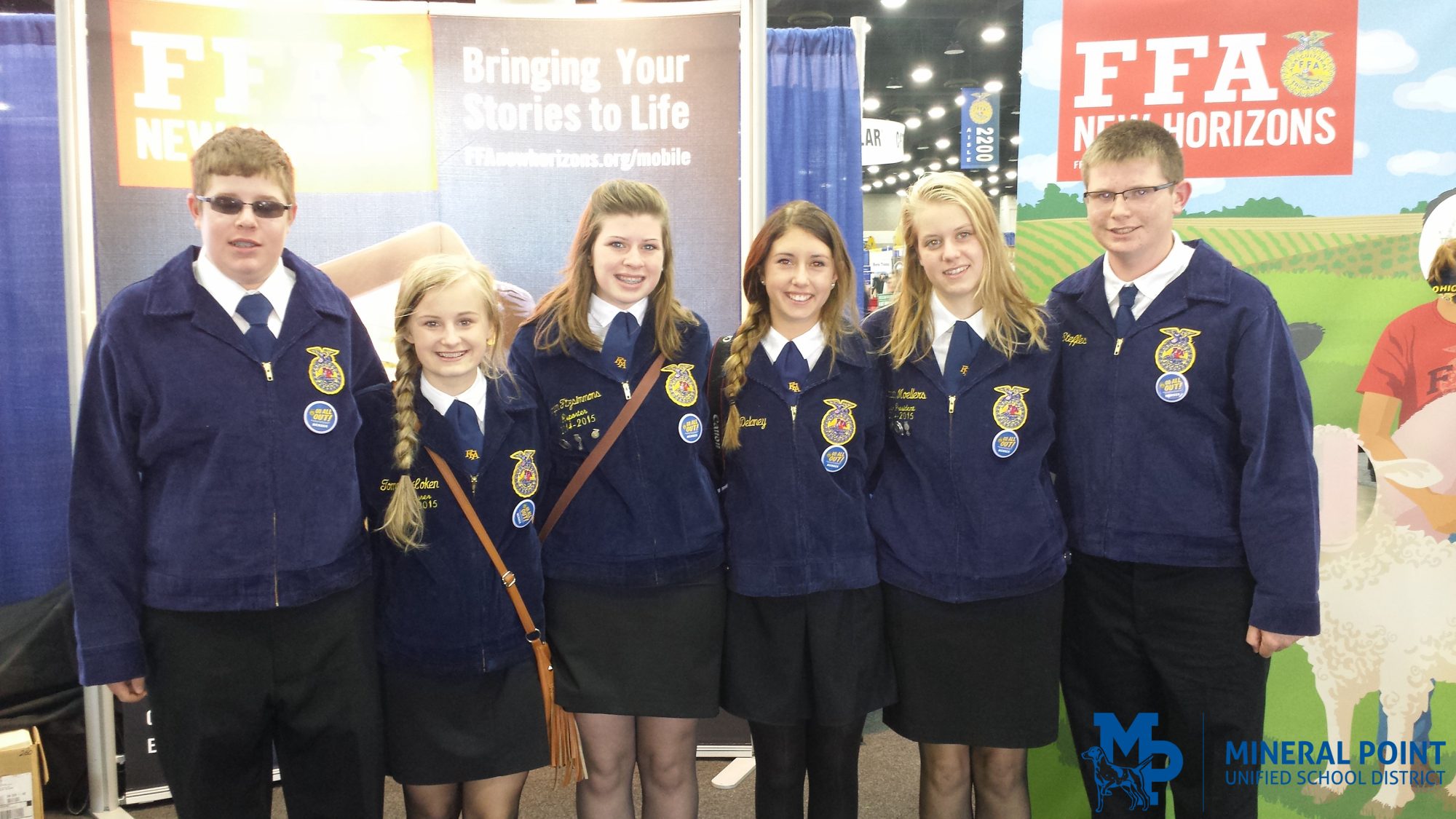 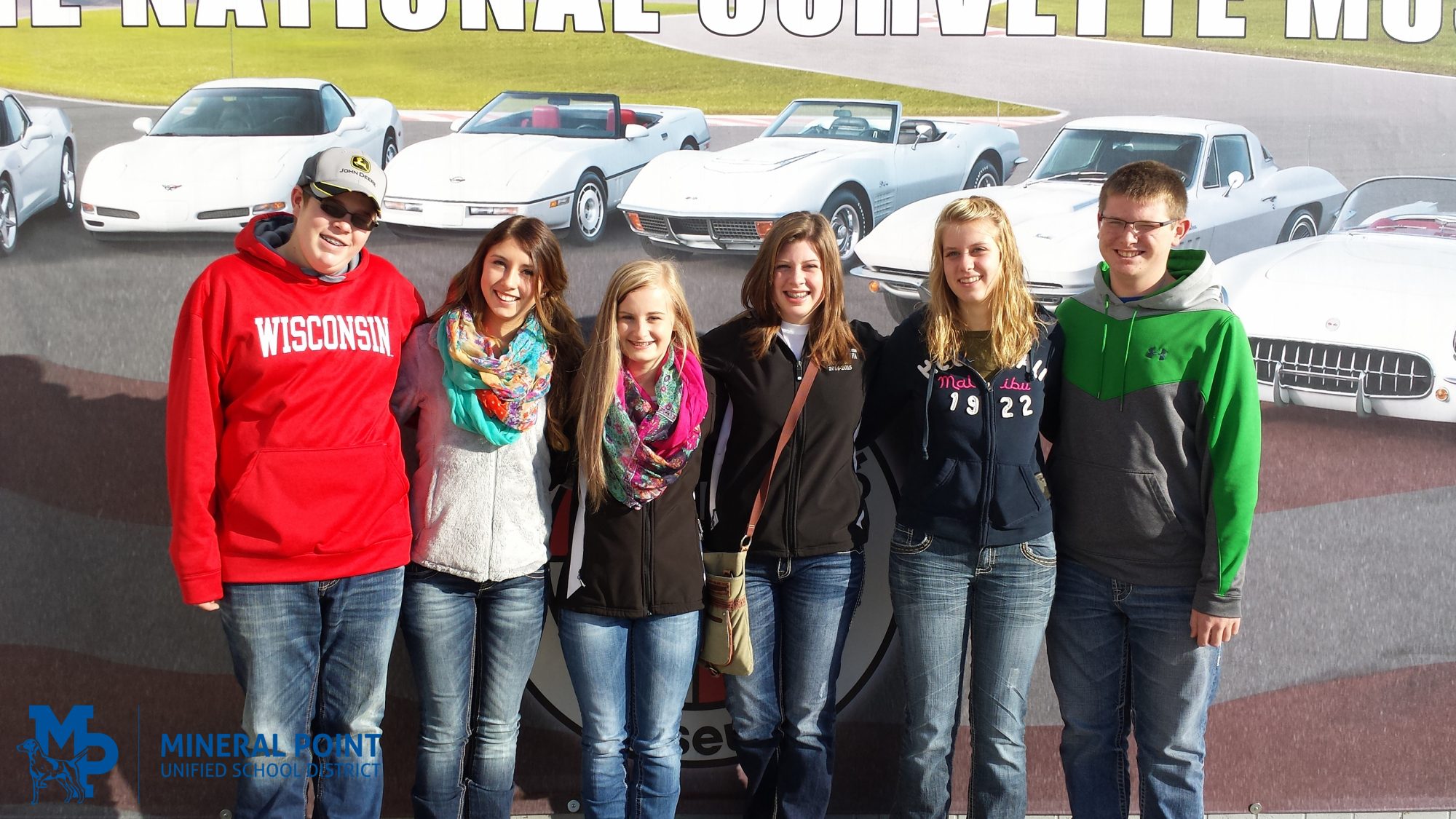 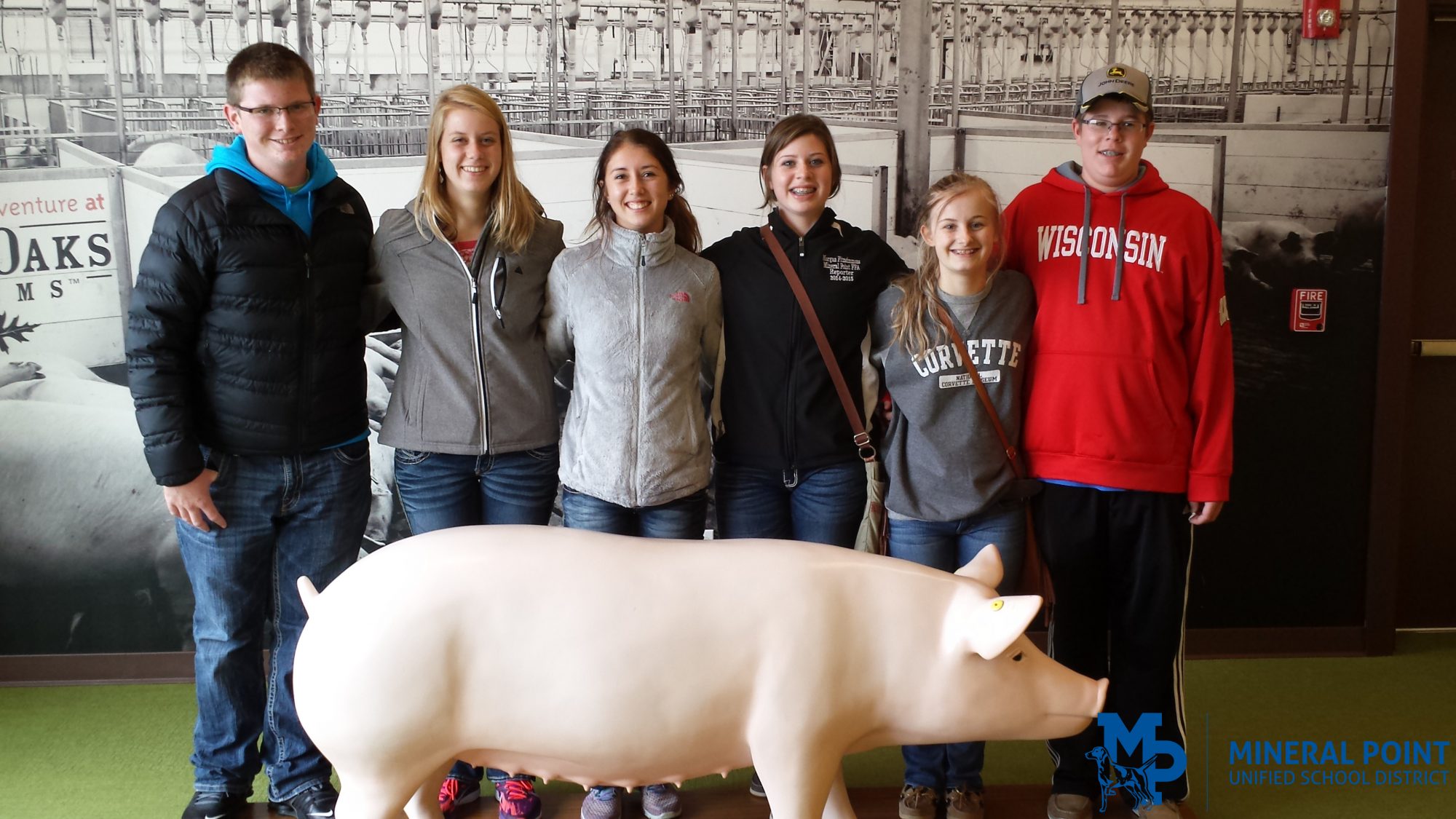 The National Future Farmers of America convention is an experience remembered fondly by students in attendance.

It is also one that Mineral Point students have been fortunate enough to be a part of for decades.

This year’s convention was held in Louisville, Kentucky, as next year’s will be as well. Past locations over the last 87 years, since the convention’s inception, include Kansas City and Indianapolis.

The purpose of the convention is to unite FFA members from across the country in an effort to promote the brotherhood, integrity, leadership, and agricultural experiences of the FFA. There were over 60,000 members from fifty states and Puerto Rico.

During the time when the members were not attending convention sessions, they were given a chance to see some of the many things that Louisville has to offer including the Louisville Slugger Factory, Churchill Downs, Bowling Green Corvette Assembly Plant, and Fair Oaks Dairy in Indiana.

Lane Eggers stated he was most impressed by the motivational speaker at the convention, Nick Vujicic. Mr. Vujicic was born in Australia in 1982 without hands or feet. He shared his personal story of depression and loneliness during his early years. Originally wanting to be a lawyer, he has found his life’s calling in motivational speaking and now enjoys a family of his own.

Tommie Loken said her favorite tourist activity was the Louisville Slugger factory as she enjoyed the huge bat the group posed in front of for a photo, as well as marveled at the fact it takes just about 30 seconds to trim a log down into a bat. The group was also at the factory at the time of the World Series, so they were able to see bats being made for use in the most elite baseball games.

The students felt the history and tradition of Churchill Downs as they watched a horse race and viewed the famous twin spires.

A special stop at Fair Oaks Dairy allowed the students to feel slightly overwhelmed at the size of the operation that included 30,000 cows at all of their facilities and 10,000 hogs. The dairy uses its own manure to power its electricity.

Lane also enjoyed the Corvette factory, and Elizabeth Moellers added she was amazed by how much was still done with human man power, instead of with robots or other mechanical items.

The career show was also a big hit with the students, and they viewed vendors from such companies as John Deere, Catapillar, Mosano, Ford, Chevrolet, and others.

Morgan Fitzsimmons was most impressed with how such a large convention can have a small town feel. She referenced the assembly at Freedom Hall beginning with the same FFA opening ceremony that the Mineral Point club holds for its events, and that is also done on the state level.

This was the first year all of the Mineral Point attendees had traveled to the convention and they are looking forward to next year’s already.