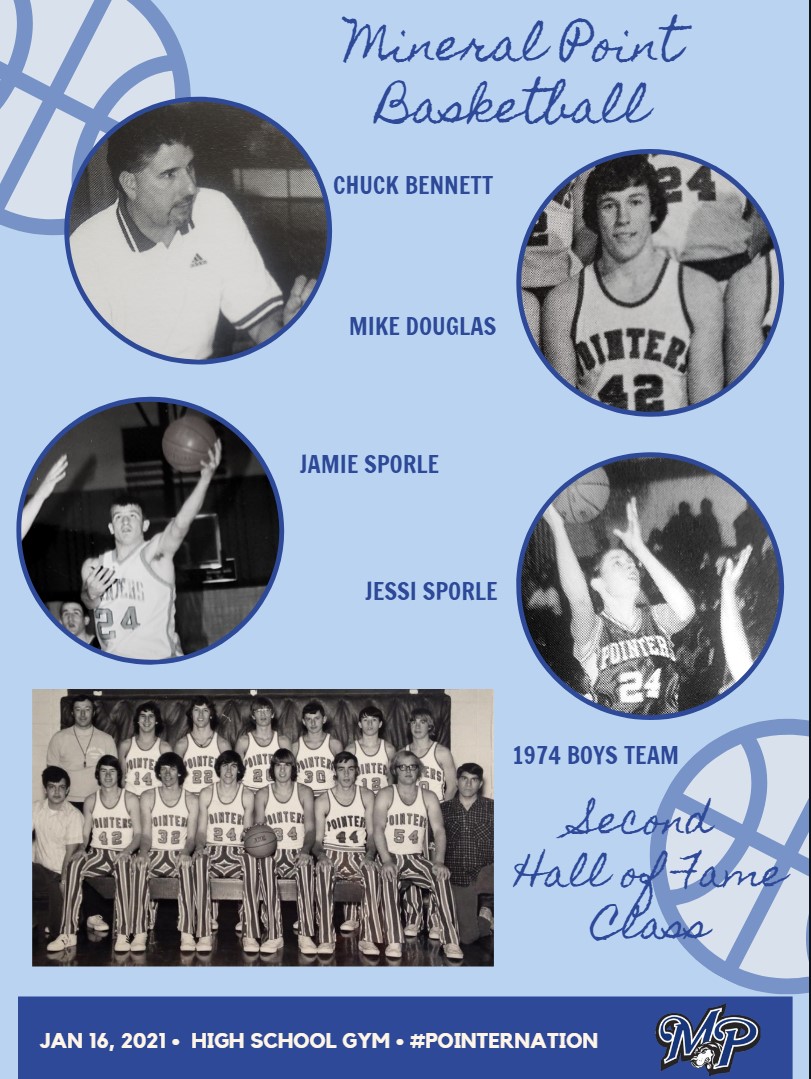 The second Mineral Point Basketball Hall of Fame class has been selected and will be inducted on Saturday, January 16, 2021, when the Mineral Point boys host the River Valley Blackhawks.  Inductees will be introduced between the junior varsity and varsity games at approximately 2 pm that day.

*5 Time Conference Coach of the Year

Lucas Francois Ed.D. Retweeted · Matt Renwick @ReadByExample
Thursday, April 8th, 2021 at 2:22am
Our school nurse, our pupil services director, and several other staff covered in the classroom today so teachers could get 2nd dose of vaccine. Great that we can make this happen to help keep everyone safe. #pointernation
View on Twitter
1
0